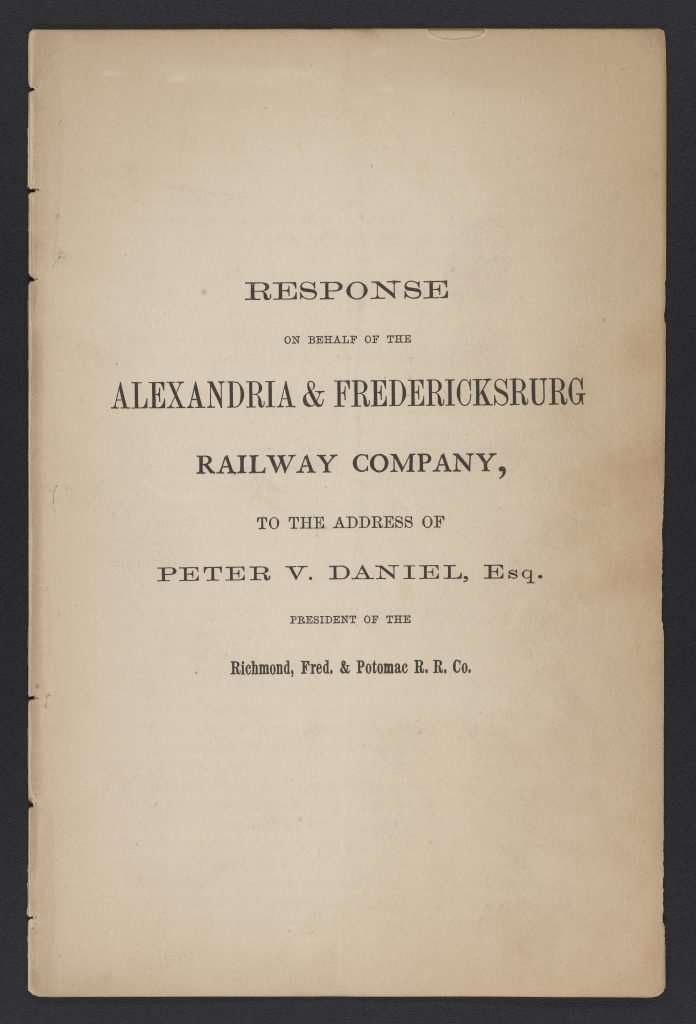 This is the title page of an appeal that the Alexandria and Frederickburg Railway Company made to the General Assembly in 1870 over the company's right to extend its railroad line to Richmond. Peter V. Daniel, president of the Richmond, Fredericksburg, and Potomac Railroad opposed the extension, denying the necessity for a line that would compete with his own. In this appeal, officials from the Alexandria and Frederickburg Railway Company accuse Daniel and his company of imposing high rates on the consumer and providing poor service, noting that it cost $7 to ride between Richmond and Washington and that the trip took seven and a half hours.