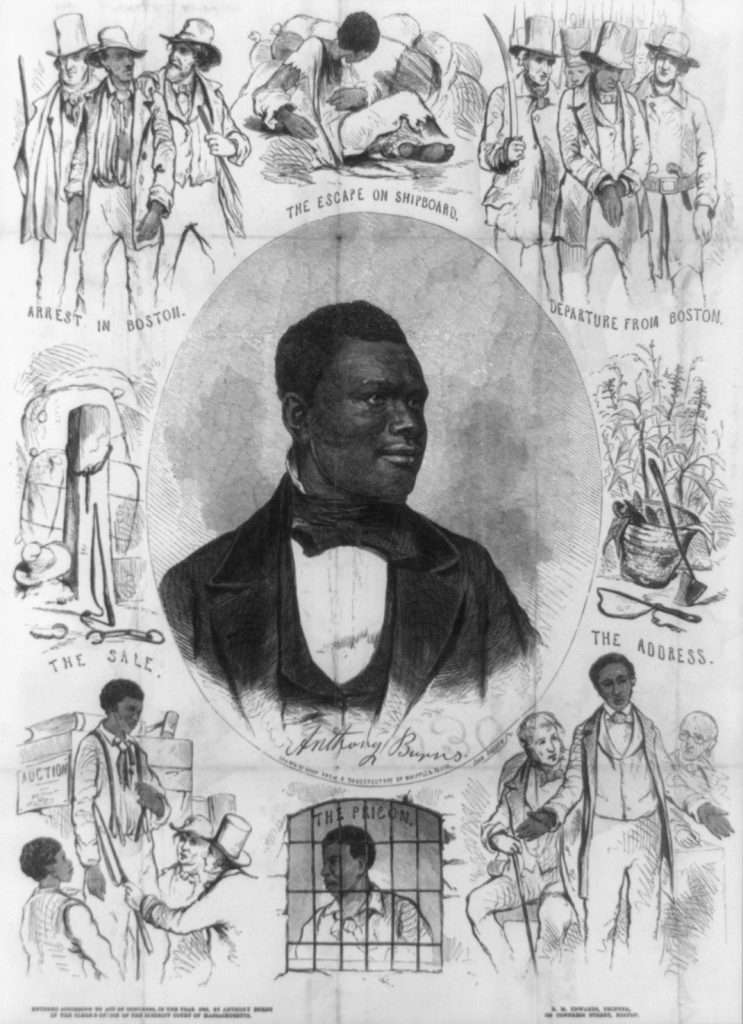 A contemporary print chronicles the story of the fugitive slave Anthony Burns, who was arrested and tried in Boston in the spring of 1854 under the Fugitive Slave Act of 1850. Surrounding the portrait of Burns are vignettes depicting scenes from his life, including his escape from Richmond by ship, his subsequent arrest in Boston, and his forced return to the South under armed guard. Burns's case inspired violent protests by antislavery crowds.