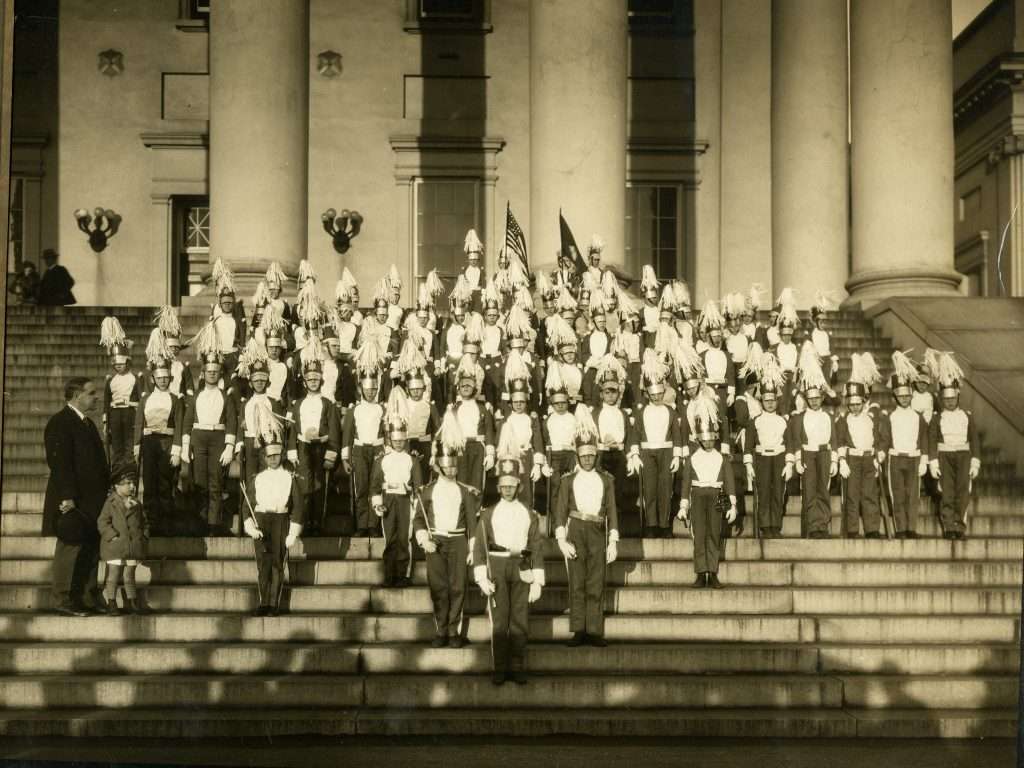 Governor E. Lee Trinkle, at left, poses on the steps of the Capitol in Richmond in 1925 with the "Baby Blues," an all-boys military unit. The name of the group was probably derived from the Richmond Light Infantry Blues, a military unit that began in 1789 as a volunteer militia. The unit saw active service after the discovery of Gabriel's Conspiracy in 1800, during the War of 1812, and in aftermath of Nat Turner Revolt in 1831 and John Brown's 1859 raid on Harper's Ferry. The unit was subsequently incorporated into the Confederate army. The Richmond Blues also served during the Spanish-American War, World War I and World War II, the Korean War, and the Berlin Crisis. The Blues were disestablished in 1968 when the National Guard was reorganized.