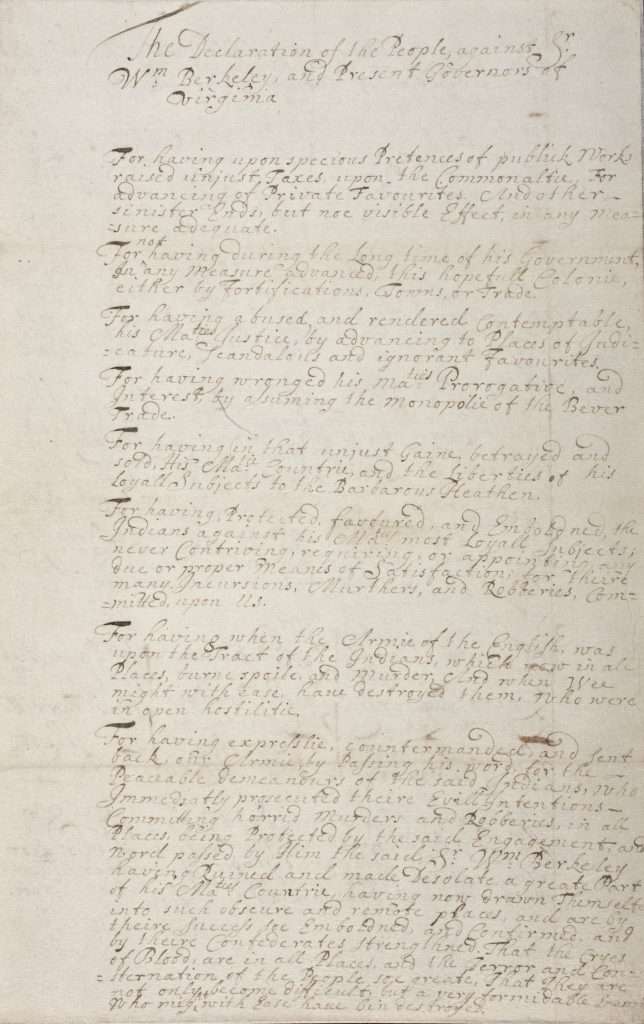 In a formal declaration issued in 1676, Nathaniel Bacon lists a long set of grievances against Governor Sir William Berkeley, including his having imposed unjust taxes, having neglected to promote trade, having advanced "scandalous and ignorant favorites" into powerful positions, and having failed to protect the colony from Indian attack. Bacon further indicts Berkeley for having "Protected, favoured, and Emboldened, the Indians" by not taking a strong enough stand against them, and for having countermanded an order that would have had the army attack the Indians. This failure to confront the Indians who were, in Bacon's words, "in open hostilities," allowed the natives to continue to "burn, spoile, and murder." In part, Bacon blamed Berkeley's lenient tendencies toward the Indians on the fact that the governor has assumed "the monopolie of the Bever Trade," and in so doing had "betrayed and sold … the Liberties of his Loyall Subjects to the Barbarous Heathen."