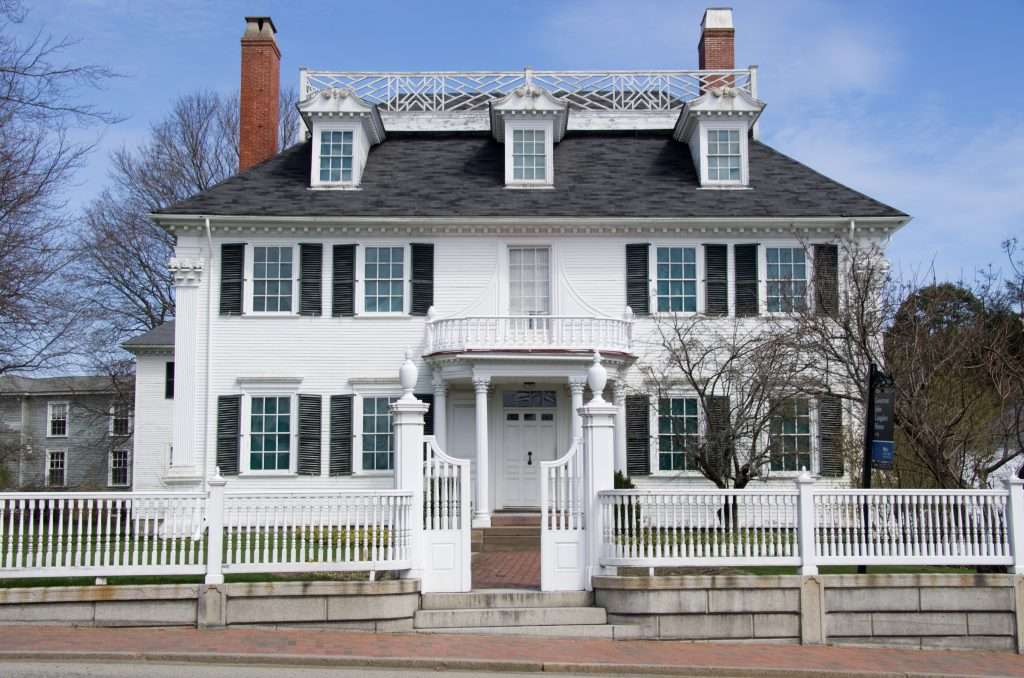 This eighteenth-century Georgian mansion is the Governor John Langdon House in Portsmouth, New Hampshire. Langdon was a successful merchant, a leader during the American Revolution, a signator to the U.S. Constitution, one of the first two U.S. senators from New Hampshire, and a three-term governor of New Hampshire. Late in the nineteenth century the architectural firm of McKim, Mead, and White added a large wing to the rear of the house. A national historic landmark, the house is currently open to the public for tours.