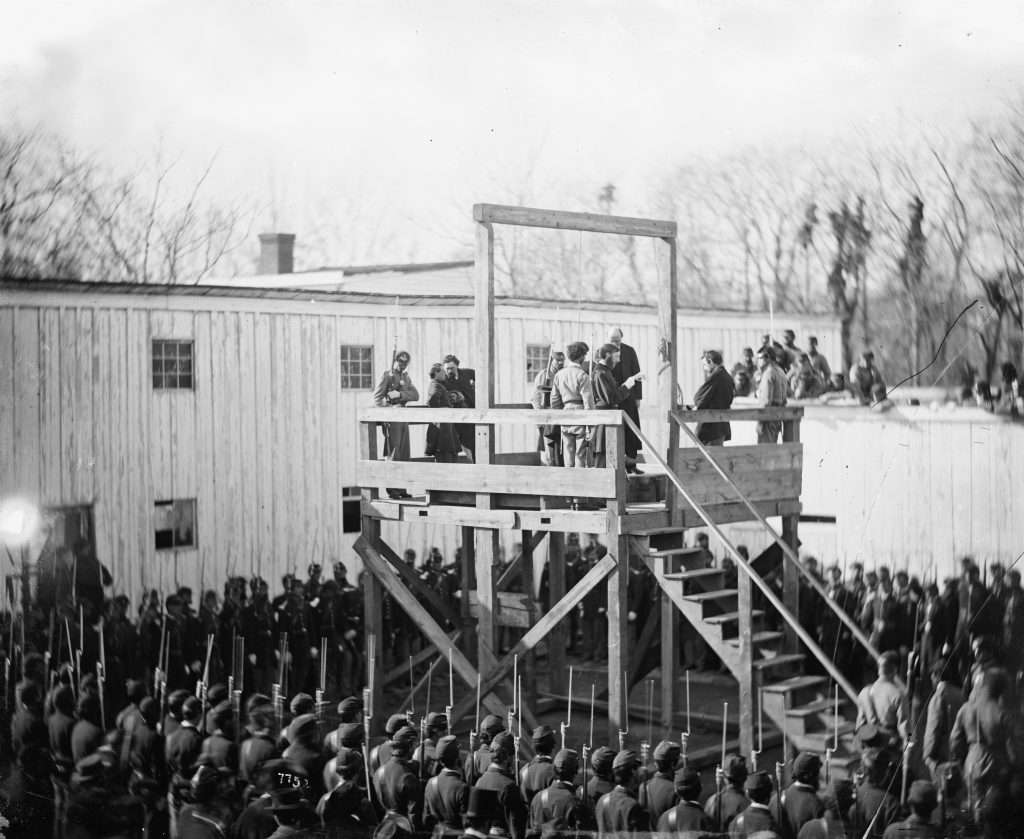 A death warrant is read to former Confederate captain Henry Wirz on the scaffold moments before he was hanged. The Swiss-born medical doctor served as commandant of Belle Isle prison in Richmond, and later at the Andersonville prison for Union soldiers in Georgia. Condemned to death by a military tribunal in Washington D.C. for the death of prisoners of war at Andersonville, Wirz was hanged on November 10, 1865. Northern photographer Alexander Gardner took a series of images of the execution that day.