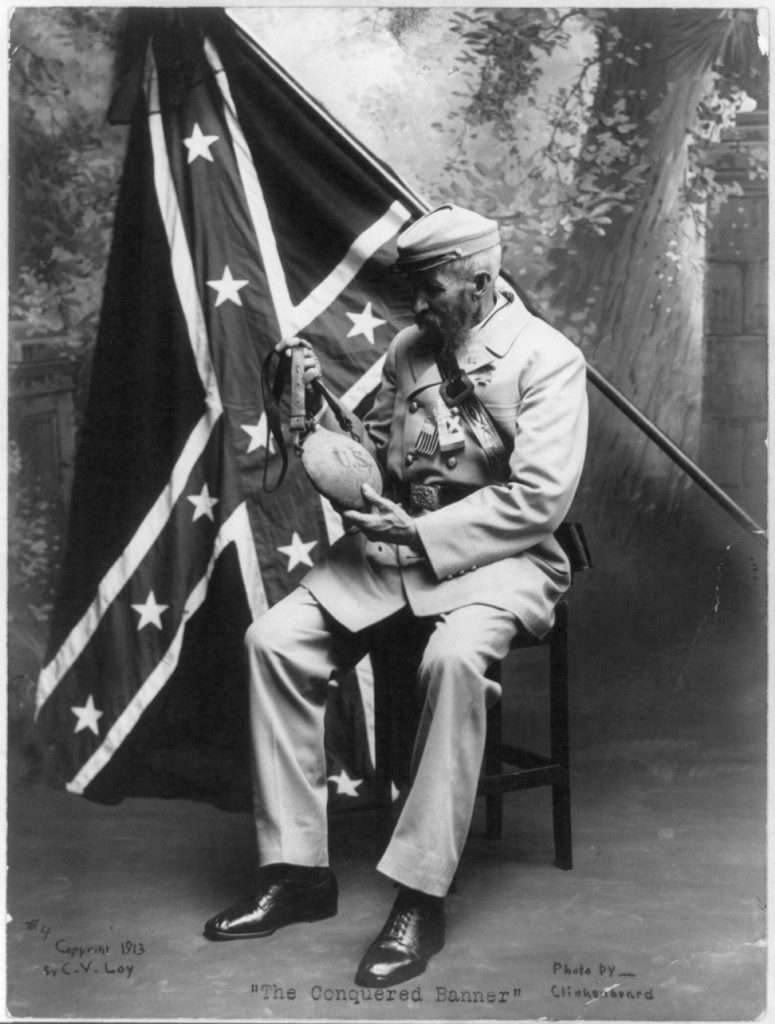 An elderly Confederate veteran, holding a U.S. Army canteen and cinched with a Union army belt, sits before the Confederate battle flag in an image made around 1913 that was entitled The Conquered Banner. Pinned to the veteran's chest is a miniature U.S. flag intertwined with the final Confederate national flag, the so-called Blood Stained Banner. Images such as this one helped to foster reconciliation between North and South, while extolling the Lost Cause viewpoint of the tragic yet heroic Confederate soldier.