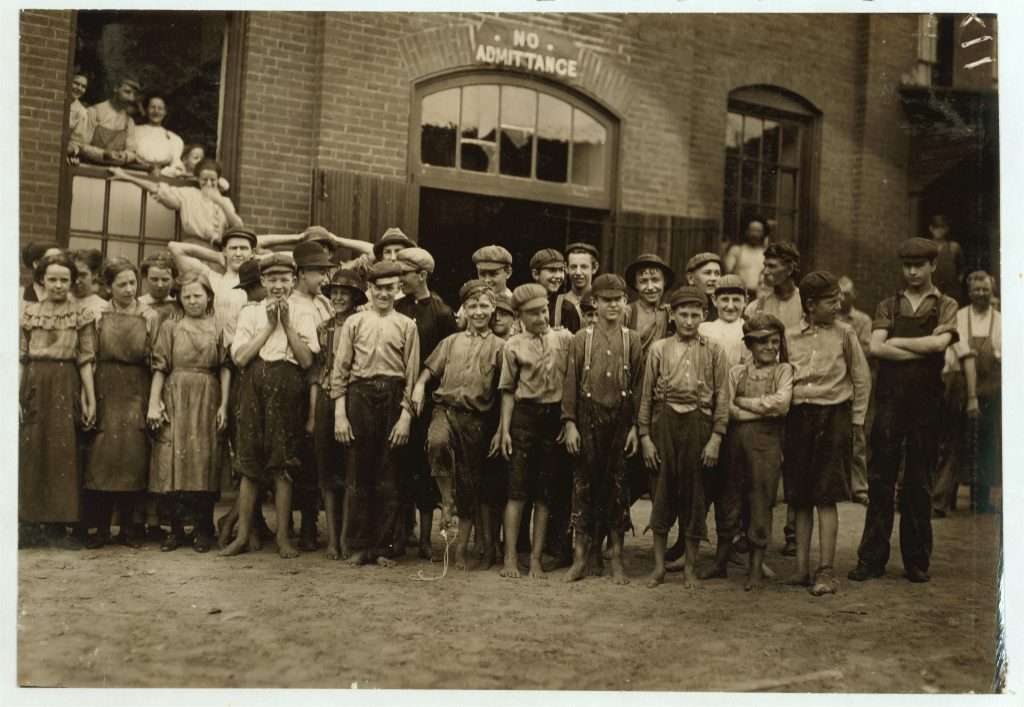 Noon-hour at the Riverside Cotton Mills

A group of young spinners and doffers gathers for a portrait by photographer Lewis Hine at the Riverside Cotton Mills in Danville in June 1911. Spinners were girls who tended to the whirling spools of thread, mending any breaks in them. Doffers were boys—often barefoot, like the ones shown here—who ran in and out of the mill removing full bobbins and replacing them with empty ones. This could be a dangerous task. At one factory the photographer reported that "A twelve-year-old doffer boy fell into a spinning machine and the unprotected gearing tore out two of his fingers …" In the 1910s, Hines traveled across the United States for the National Child Labor Committee, photographing child laborers in the industrial workplace. His photographs became a powerful tool in the movement to reform child labor laws.