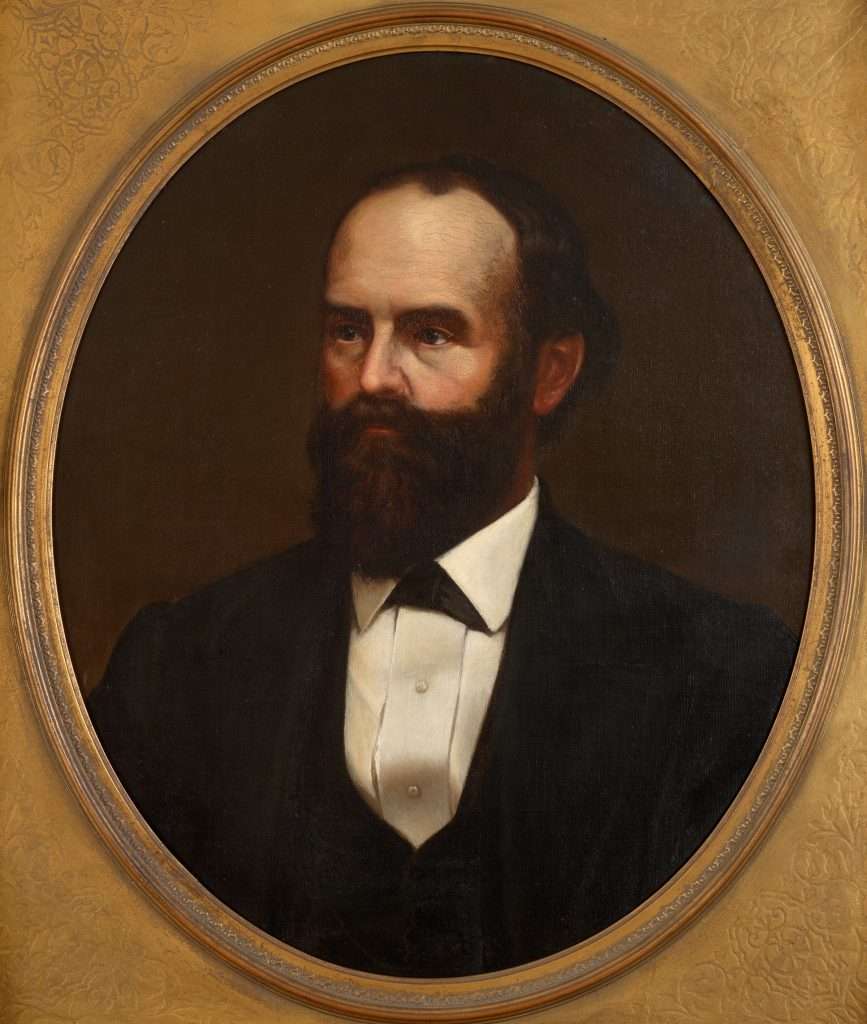 This oil portrait shows James Lawson Kemper, a Confederate general during the Civil War, who later served as governor of Virginia (1874–1877). Volunteering for service in both the Mexican War and American Civil War, Kemper served five terms in the Virginia House of Delegates (1853–1863), including time as Speaker of the House (1861–1863). He helped found the Conservative Party during Reconstruction. Soundly defeating the Republican candidate in the 1873 gubernatorial race, Kemper found himself, as governor, at odds with previous supporters over his progressive stance on civil rights, prison reform, and public school improvements. Still suffering from a wound he received at the Battle of Gettysburg, Kemper retired to his law practice, and died in Orange County in 1895.