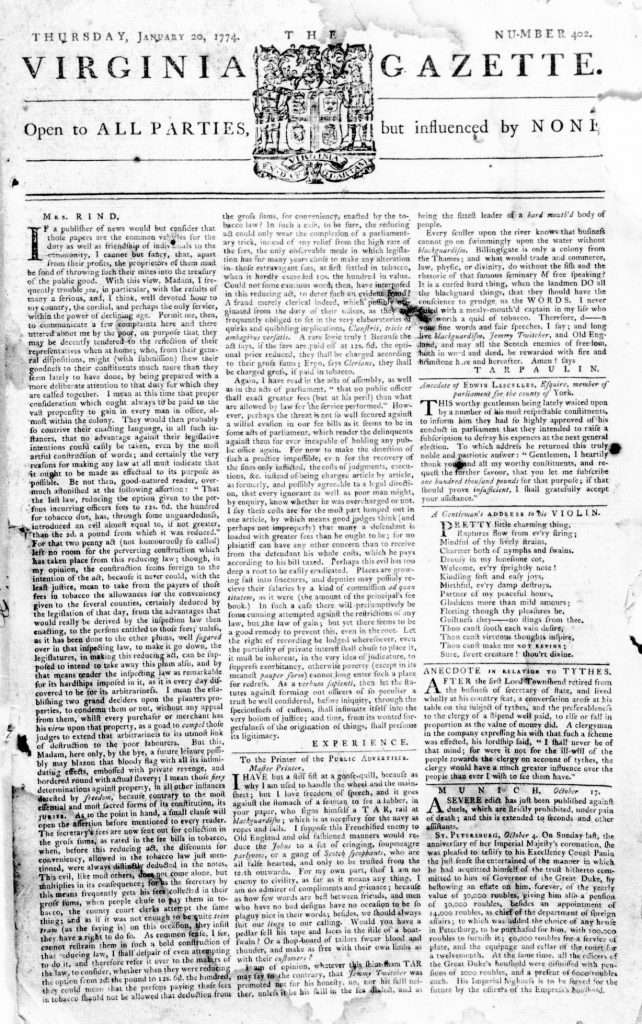 Clementina Rind, the widow of the publisher William Rind, produced this January 20, 1774, edition of the Virginia Gazette in Williamsburg. After her husband died in 1713, Clementina Rind resumed publication of the newspaper within a week. The masthead contains the newspaper's original motto: "Open to All Parties, but influenced by None." It also includes a reproduction of the coat of arms for the Virginia Company of London—the joint-stock company chartered to establish a colony in North America—which bears the Latin motto En Dat Virginia Quintam, indicating that Virginia was the Crown's fifth realm, or domain. When this coat of arms was first used in 1607, the English monarch claimed the realms of England, Scotland, Ireland, France, and Virginia.