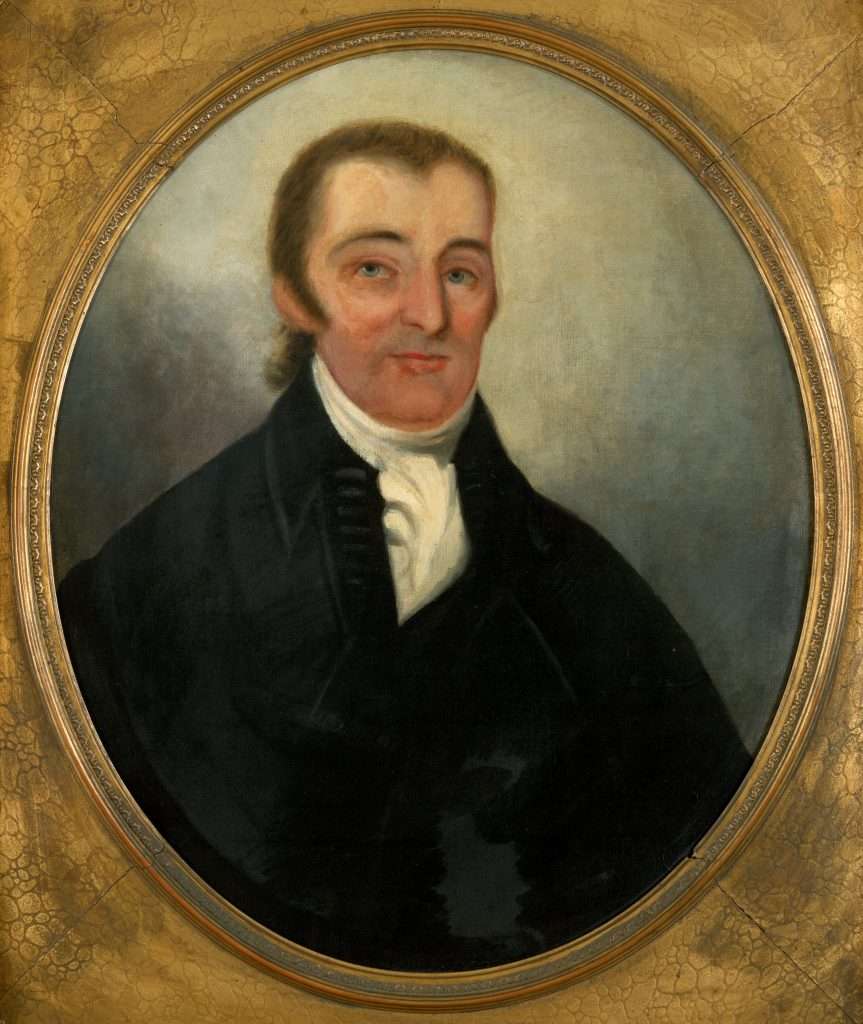 George William Smith is the subject of this portrait. Smith served as acting governor of Virginia in 1811 when James Monroe resigned to become secretary of state. He was elected governor later that year but served for just three weeks before dying in the Richmond Theatre fire on December 26. The artist based this oil painting on an earlier miniature portrait that belonged to the governor's daughter-in-law. This later portrait is part of the Commonwealth of Virginia's art collection.