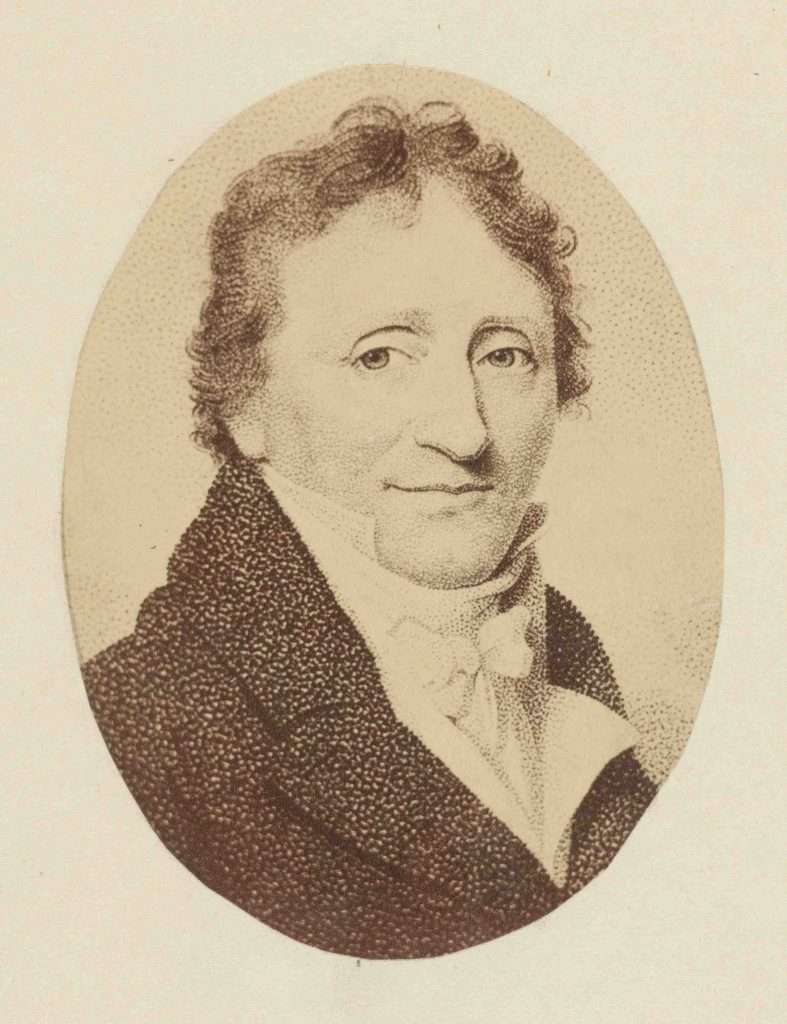 Alexander Placide, a theatrical impresario and performer based in Charleston, South Carolina, in the late eighteenth and early nineteenth centuries, is the subject of this portrait. Born Alexandre-Placide Busssart in Paris, the noted tightrope walker and acrobat arrived in Charleston about 1794 and was known thereafter as Alexander Placide. He ran a theater in Charleston and oversaw a traveling troupe of actors. The Placide and Green Company was performing at the Richmond Theatre on the night of December 26, 1811, when a fire caused the deaths of at least seventy-six people. Placide died in New York City the following year.