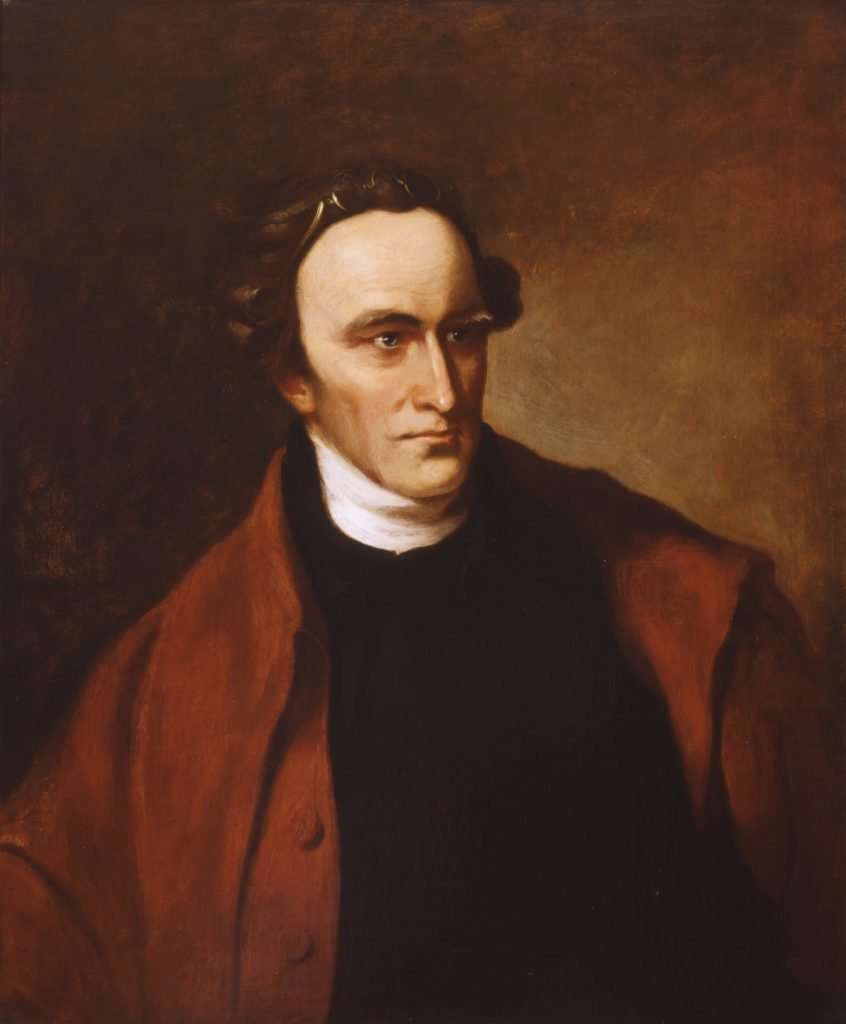 Patrick Henry, lawyer, orator, and statesman, is portrayed in the dignified style of clothing he wore in Richmond in the 1780s when he was described as "never without a scarlet cloak, black clothes, and a dressed wig." This mid–nineteenth century oil portrait by Thomas Sully was based on a miniature painting from life that had been executed by Sully's older brother Lawrence in 1795. The later version, however, added a few changes to the image, including a pair of spectacles that Henry had pushed atop his head, a habit he had when he was about to launch into a lengthy speech in court. As his biographer William Wirt wrote of the patriot in 1816: " … if he ever was seen to give his spectacles a cant to the top of his wig, it was a declaration of war, and his adversaries must stand clear."

Thomas Sully first painted this image in 1815, and then again at mid-century when there was a resurgence of interest in the colonial era. The artist presented this second painting to the Virginia Historical Society (now the Virginia Museum of History and Culture) in 1851.