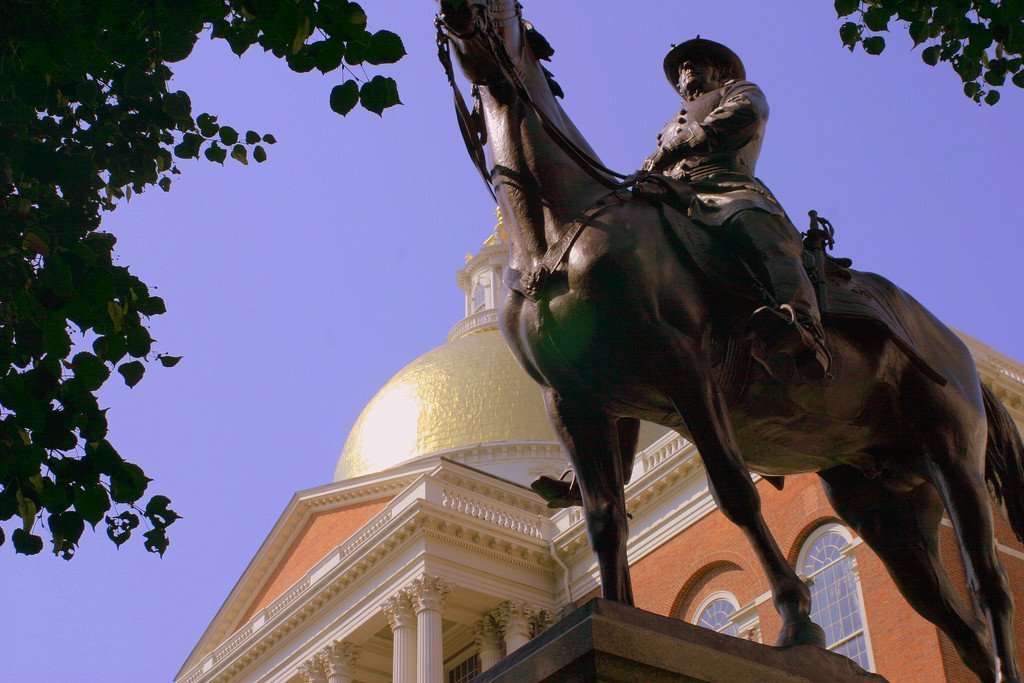 Joseph Hooker, a Union general during the American Civil War (1861–1865), was born in Hadley, Massachusetts, on November 13, 1814, the son of Joseph Hooker, an unsuccessful businessman, and Mary Seymour. His great-grandfather, Joseph Hooker, fought in the French and Indian War (1755–1763), and his grandfather, also of the same name, was a captain in the Continental army during the Revolutionary War (1775–1783). In 1903, the Commonwealth of Massachusetts dedicated this statue of the general in front of the statehouse in Boston.