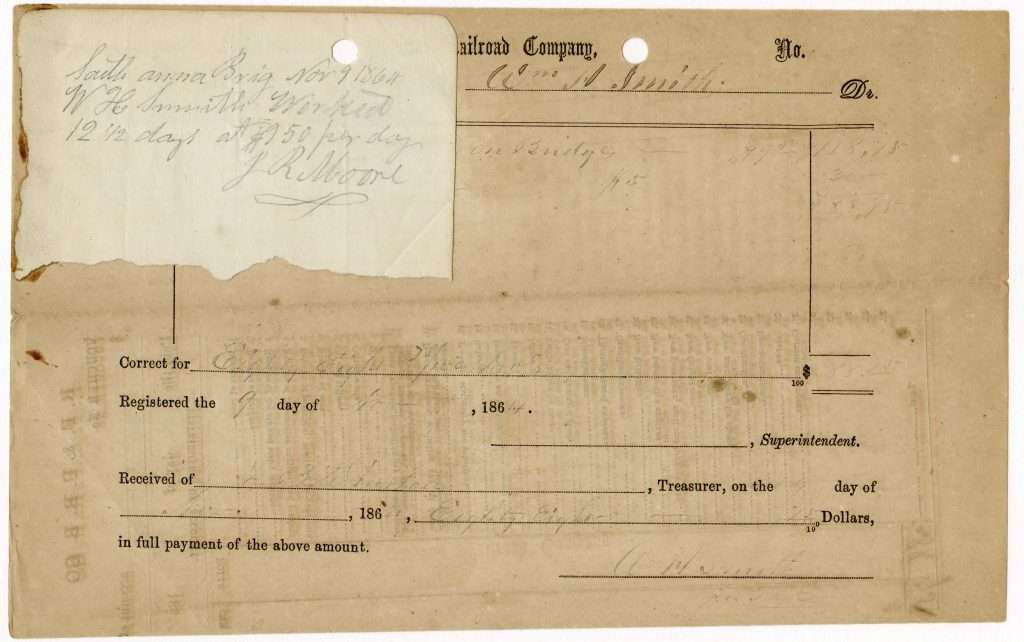 Voucher for Railroad Repairs, side 1

This voucher was issued to W. H. Smith in payment for repair work he completed in 1864 for the Richmond, Fredericksburg, and Potomac Railroad Company. Union forces damaged the company's railroad bridge crossing the South Anna River in June 1864. The two-sided form indicates that Smith worked on the bridge for twelve and a half days, at $9.50 per day, and earned $118.75. Thirty dollars was deducted from the total, however, making the final payment $88.75. Smith received that amount from the railroad company's treasurer on November 9, 1864.