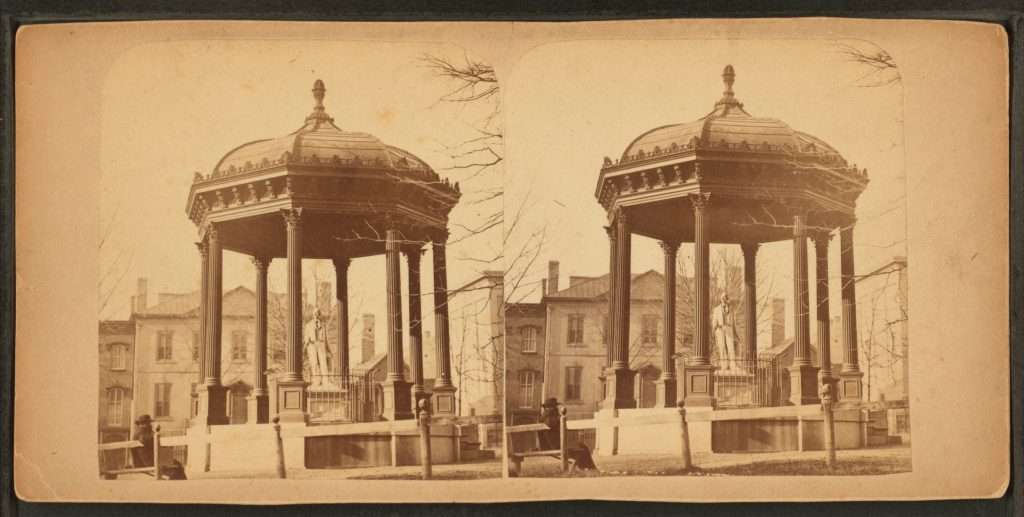 This 1874 stereograph shows the Henry Clay monument on the grounds of the Virginia State Capitol in Richmond. The sculptor Joel Tanner Hart created the life-sized marble statue of Clay that was unveiled on April 12, 1860. The Virginia Association for Erecting a Statue to Henry Clay—a fund-raising entity organized with the aim of honoring the Whig Party leader—was formed in Richmond in 1844, with Lucy Johnson Barbour elected as president. Barbour, the widow of James Barbour, a former governor of Virginia, was attacked in the Democratic press, as it was deemed improper for a woman to be so politically active.