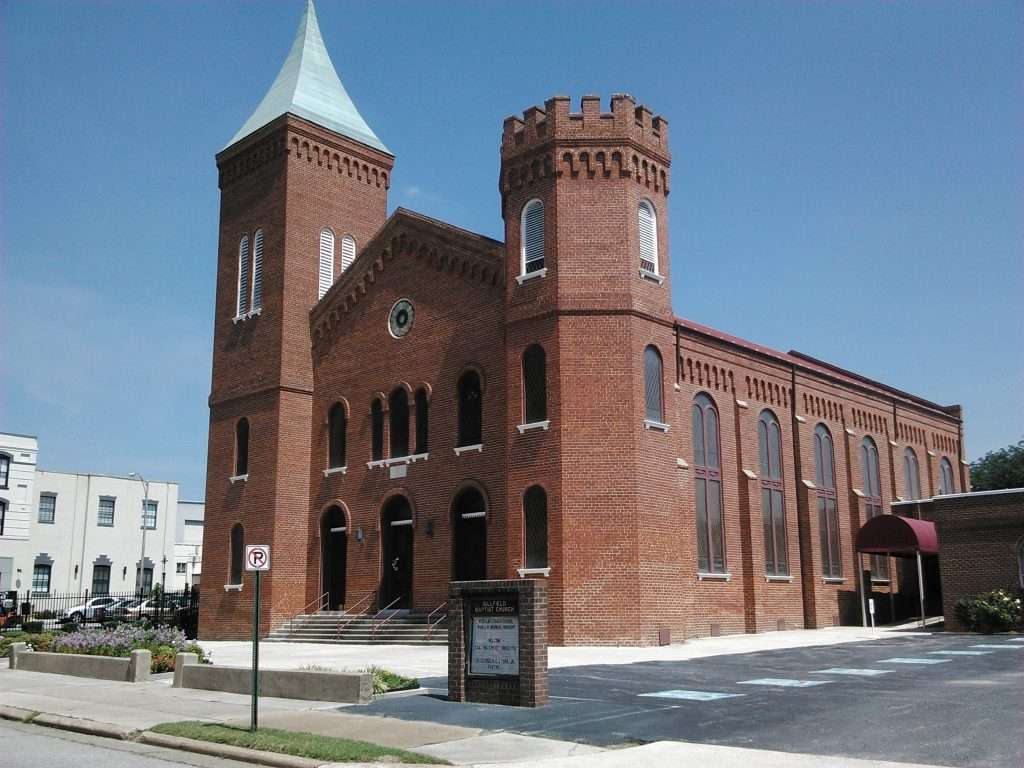 Gillfield Baptist Church is home to one of the oldest African American congregations in Petersburg. Originally known as the Davenport Church, it was organized in Prince Edward County in the 1780s as a church where blacks and whites worshipped together. Eventually the races separated and the all-black congregation relocated to Petersburg and, about 1818, purchased land on Perry Street that was known as Gill's Field. Several church structures were built on the site. The building shown here, still in use in the twenty-first century, was constructed between 1874 and 1878. Wyatt Tee Walker, a prominent civil rights activist, served as pastor of the church from 1953 to 1960.