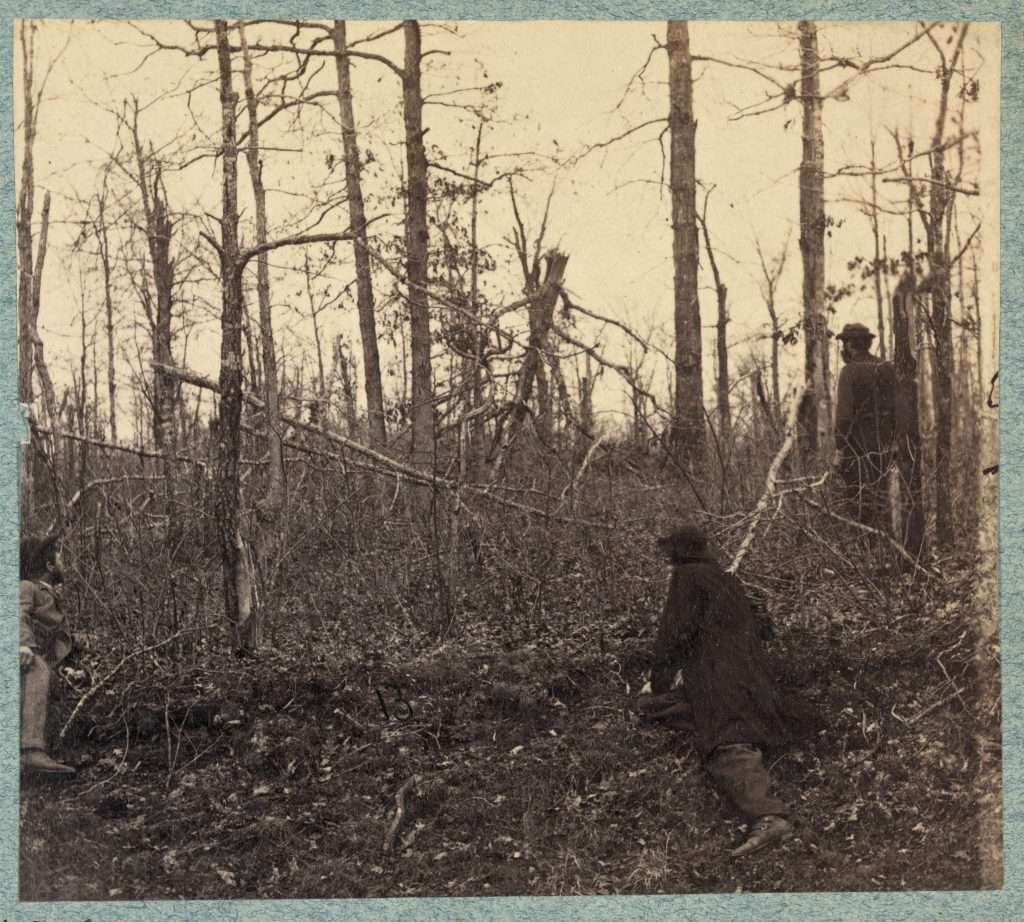 Near the Site Where Stonewall” Jackson Was Shot”””

Three men inspect a landscape shattered by battle in this 1865 photograph taken within the twelve-mile-wide tract of forest known as the Wilderness. Original captions place these men on the south side of the Plank Road near where, during the Battle of Chancellorsville, Confederate general Thomas J. "Stonewall" Jackson was accidentally shot by his own men on the evening of May 2, 1863. Jackson's Confederates had spent the day marching through the Wilderness south of the Plank Road and around the right flank of the Union army. Their surprise attack was a huge success, but as Jackson scouted ahead as night fell, his own men mistook him for the enemy. He died eight days later.

Almost exactly a year later, another major battle was fought on this spot, the Battle of the Wilderness. The area's topography—dense woods and thick undergrowth broken up by a number of small clearings—made the maneuvering of large armies particularly difficult and the experience of fighting claustrophobic. In both battles, burst shells ignited the woods, burning wounded soldiers.