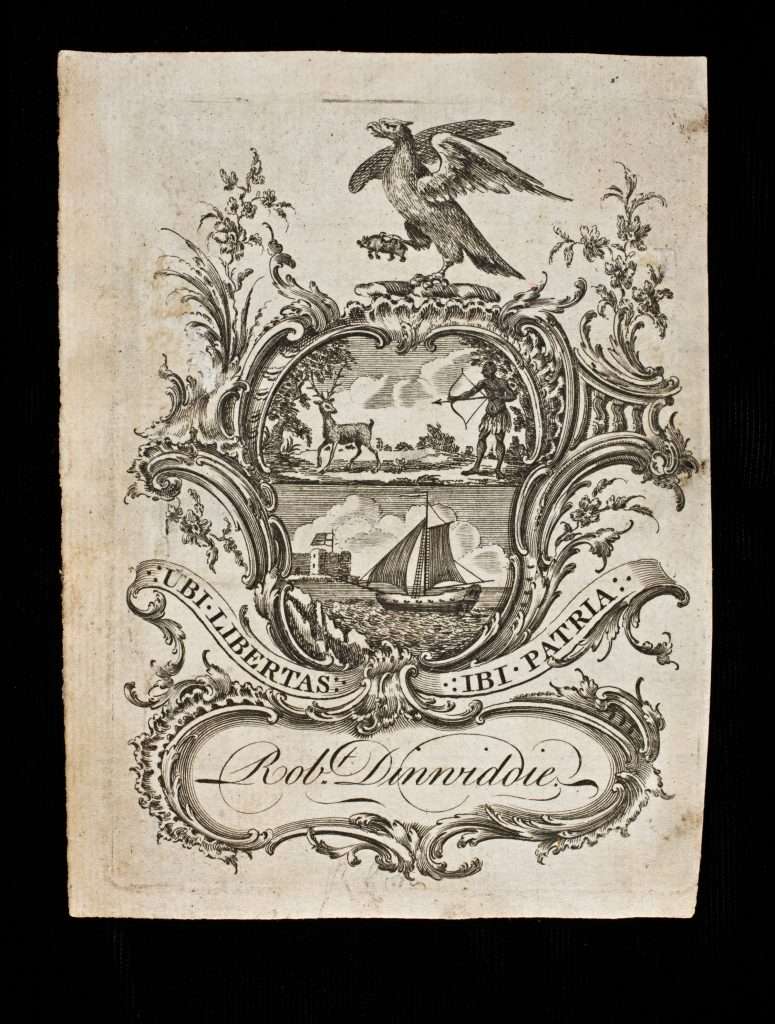 This eighteenth-century bookplate belonged to Robert Dinwiddie, a Scottish merchant who became an important political figure in the British colonies in North America. He began his career in Bermuda in 1721, and subsequently served as a member of the governor's Council from 1742 to 1751 and then lieutenant governor of Virginia from 1751 to 1758. The engraved design of his bookplate features scenes from colonial America—an Indian stalking game and a ship approaching a fort flying the flag of England. The Latin motto beneath reads, "Ubi Libertas: Ibi Patria" ("Where is Freedom: There is Homeland"). Decorative plates such as these were generally put on the inside cover of the owner's personal collection of books.