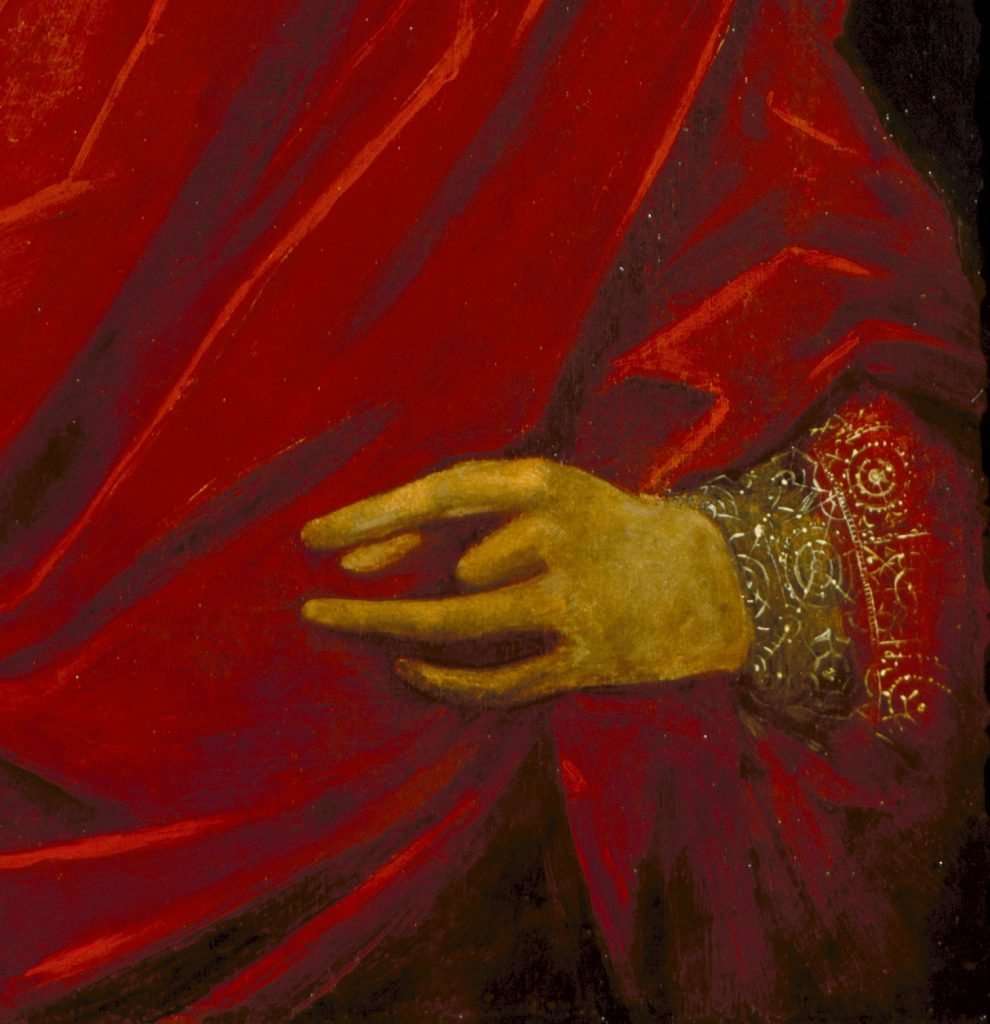 Detail from Portrait of George Percy

A detail from a painting of George Percy, one of the original Jamestown settlers and an important political figure there, seems to indicate that he is missing part of his middle finger. According to family lore, Percy's finger was maimed while he was fighting for England in the Low Countries in the 1620s. However, the original painting is dated 1615, thus discounting that theory.