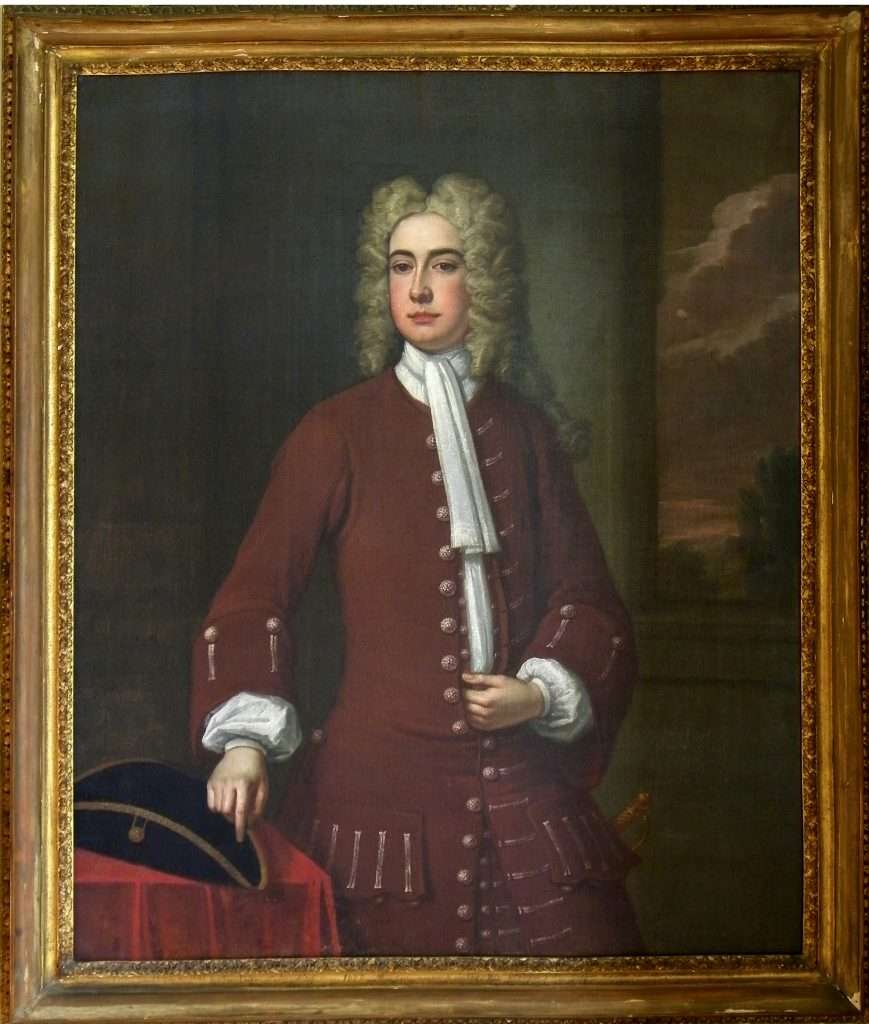 John Carter (1695 or 1696–1742), secretary of the Virginia colony, a member of the governor's Council, and a wealthy landowner, poses for a portrait attributed to Sir Godfrey Kneller. Robert "King" Carter sent his eldest son, John, to England to be educated. Kneller, artist to the royal court and the most renowned portraitist in late-seventeenth and early-eighteenth-century England, painted John Carter in 1722, while the young man was acting as solicitor for Virginia affairs in London. Carter returned to Virginia later that year to take on the post of secretary of the colony.

This painting hangs in the parlor of the "Great House" at Shirley plantation in Charles City County, a Georgian mansion that John Carter built after his marriage to Elizabeth Hill in 1723.