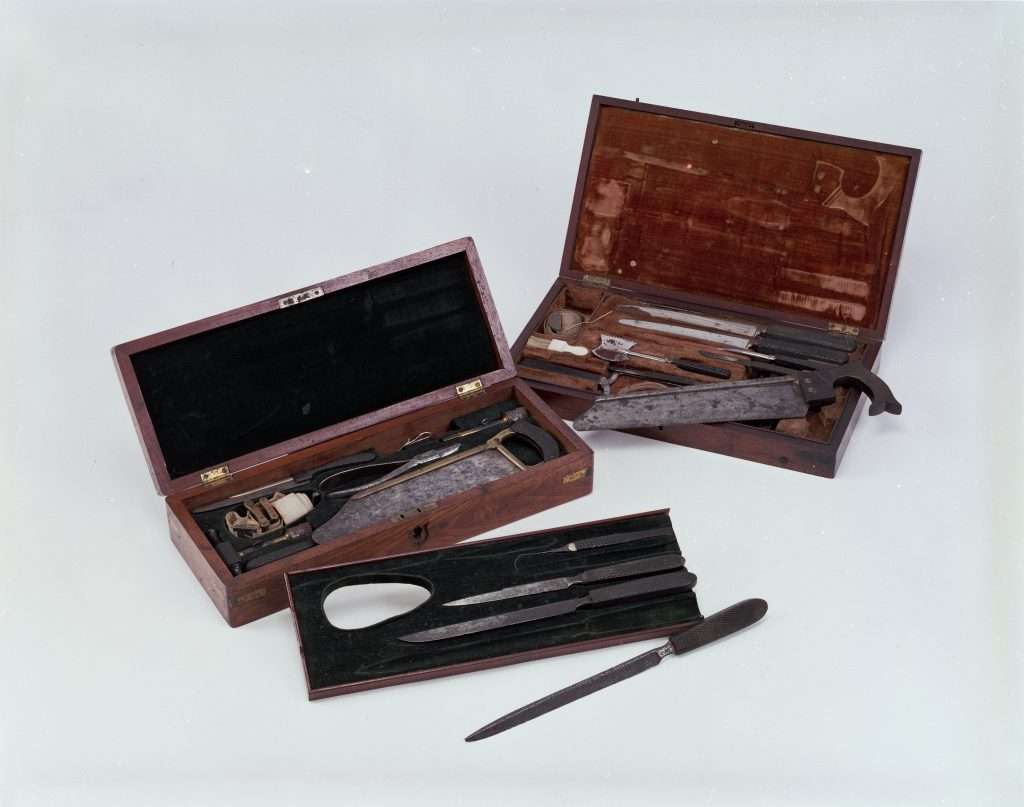 Two surgical kits used by Confederate doctors during the Civil War include a variety of steel saws and knives employed during amputations (the largest one shown was used for cutting through bone and was known as a capital bone saw), as well as trepanning instruments for drilling into the skull of an injured patient. Tourniquets of canvas and brass are also included in these kits, along with a slender hook-shaped instrument known as a tenaculum for grabbing and holding tissue or blood vessels during surgery. The wooden box at left has a bone forceps (that looks like a pair of pliers) for trimming bits of bone from the newly amputated area to create a neat stump; and the kit at top features an additional tool—a small bristle brush to remove bone dust generated during the operation.

The kit at left, which features two tiers of instruments, was used by Confederate surgeon Dr. Leonard Slater from New Kent County, Virginia. Slater graduated as valedictorian from Lynchburg College. The kit at the right, with the brown velvet lining, was manufactured in Philadelphia and used by Tennessee-native Dr. Robert G. Rothrock.