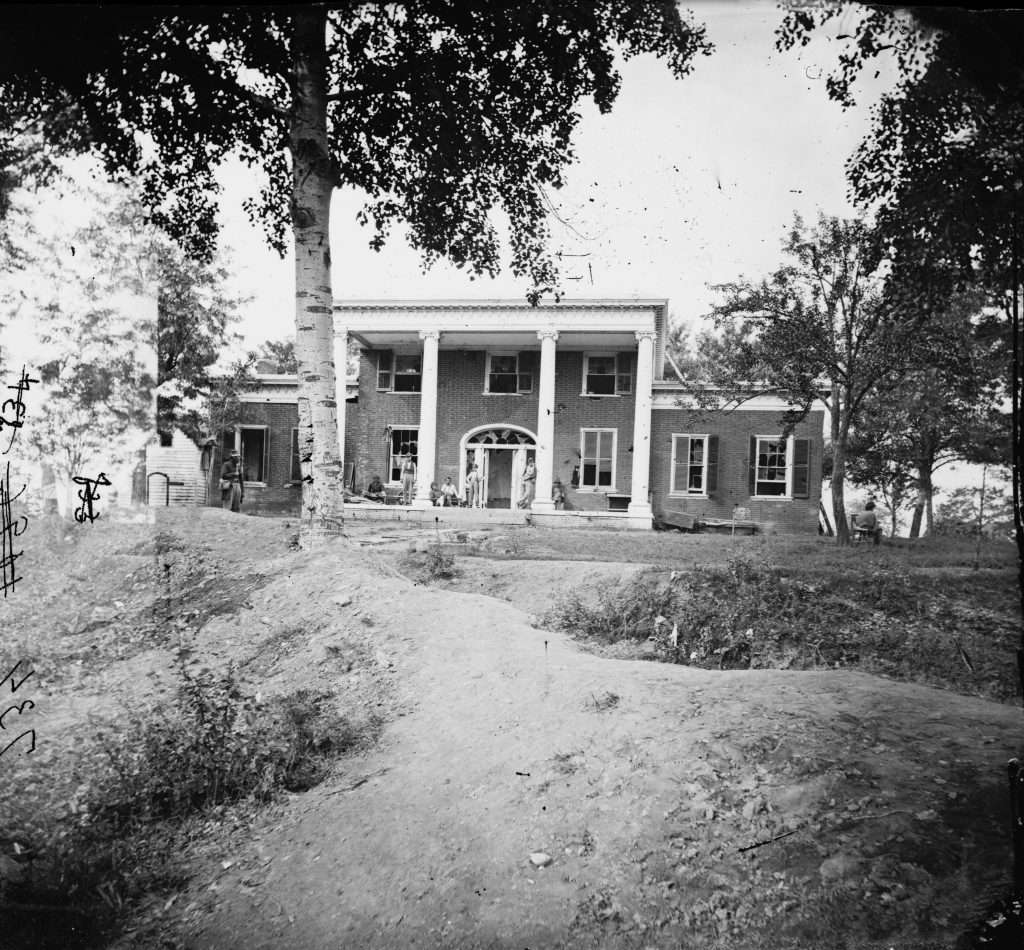 This scene, captured by Civil War photographer James Gardner in May 1864, one year after the Second Battle of Fredericksburg, shows a group of wounded soldiers and medical personnel loitering on the east-facing porch of the Marye house, which was located atop the ridge outside Fredericksburg known as Marye's Heights. The house overlooked the fierce fighting that had taken place during both the first and second battles of Fredericksburg, when Union troops charged up the heights. The brick mansion of Colonel John L. Marye, lieutenant governor of Virginia at the start of the Civil War, is seen here in a state of post-battle disrepair: its whitewashed columns are pocked and windowpanes left jagged from flying debris. Rifle pits cut into the ground can be seen in the foreground; and initials and dates, presumably left behind by soldiers, are scrawled into the bark of a birch tree in front of the house. A prominent landmark, Marye's house was serving as a Union hospital at the time Gardner recorded this photograph.