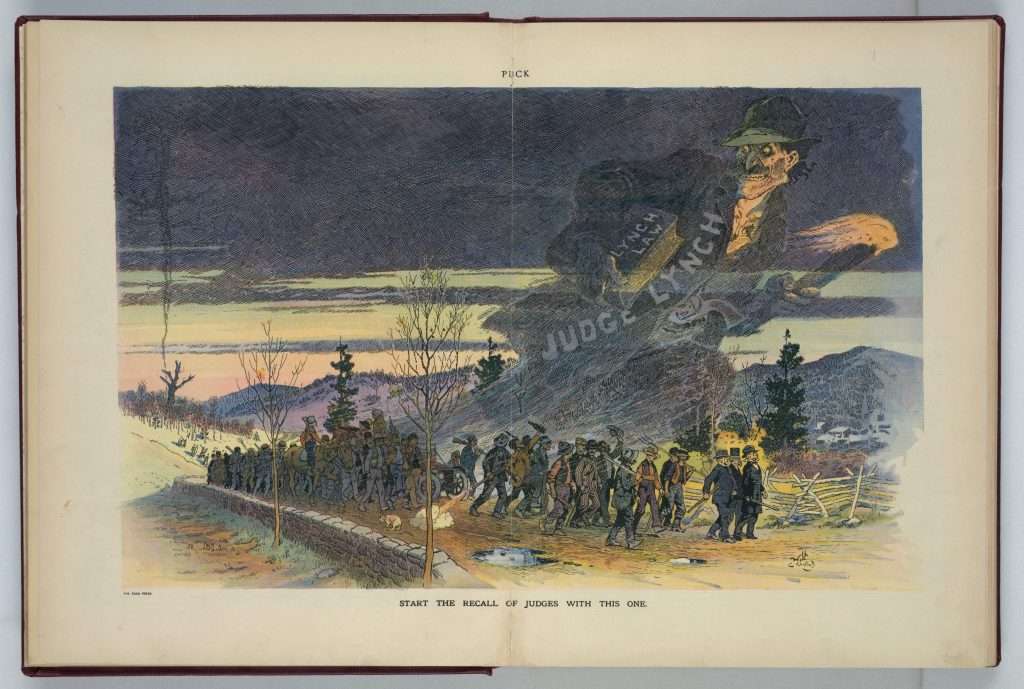 Start the Recall of Judges With This One.

A political cartoon published as a centerfold in the February 21, 1912, edition of the magazine Puck depicts a rabble of citizens in the aftermath of a lynching. Smoke rises in the distance above a bare tree where the body presumably hangs. Looming above the mob is the ghostly figure of "Judge Lynch," who carries a book titled Lynch Law. The caption beneath the cartoon reads, "Start the Recall of Judges With This One"— a call for citizens to vote out of office officials who permitted or turned a blind eye to lynching. Progressives in that era advocated the use of the recall of elected officials as a way to curb the power of vested interests.