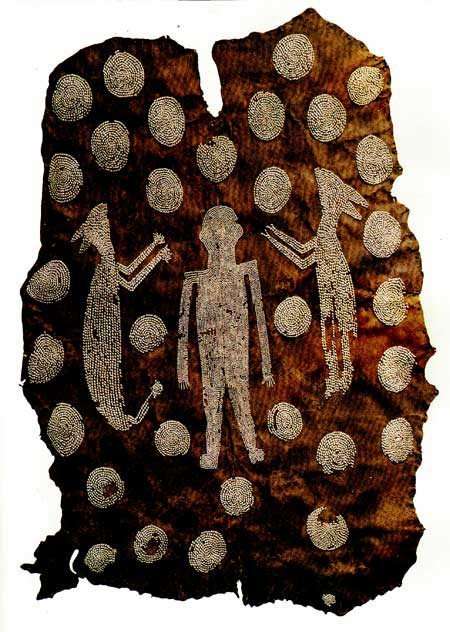 Small, polished marine shells configured in the shape of discs, animals (probably a deer and a cougar), and a human figure are sewn onto this seventeenth-century Virginia Indian cloak. The artifact, in the collection of the Ashmolean Museum in Oxford, England, was described in a 1656 catalogue as being "Pohatan (sic), King of Virginia's habit all embroidered with shells, or Roanoke." Whether this garment actually belonged to Powhatan is open to question; another Chesapeake-area chief may have owned it. The cloak is made out of four deerskins and measures seven feet, eight and a half inches by five feet, three inches. Scholars believe that the garment was probably not worn, but hung inside a grand interior or temple. It has been estimated that nearly 20,000 shells were sewn by hand onto the garment.