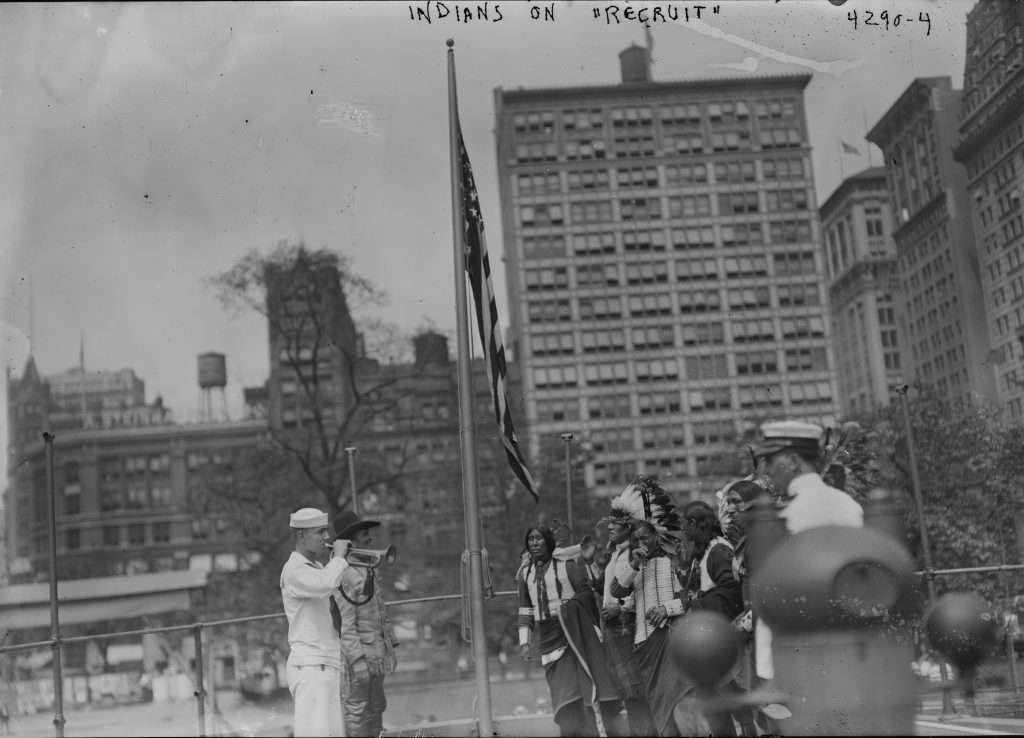 Native Americans, probably members of the western Lakota tribes, take part in a 1917 event staged in New York City by the U.S. Navy to recruit seamen and to sell war bonds during World War I.  A western figure attired in buckskin and a cowboy hat, a sailor playing a bugle, and a navy officer also participate in the public event. More than 12,000 Native Americans from across the country served in the military during World War I.