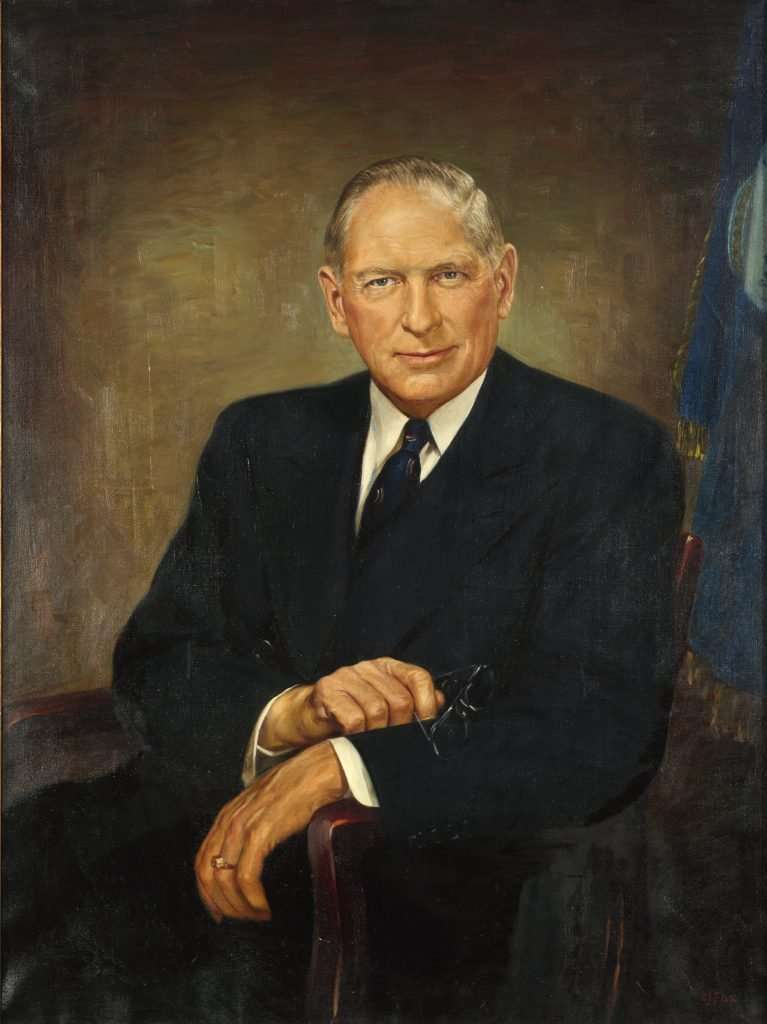 The official gubernatorial portrait of Thomas Bahnson Stanley, Governor of  Virginia from 1954 until 1958. Stanley's tenure as Governor came during the first years of "Massive Resistance," Virginia's initial response to court-ordered school desegregation. Stanley would eventually back "separate but equal" schools, which would themselves be struck down during the tenure of his successor, J. Lindsay Almond.