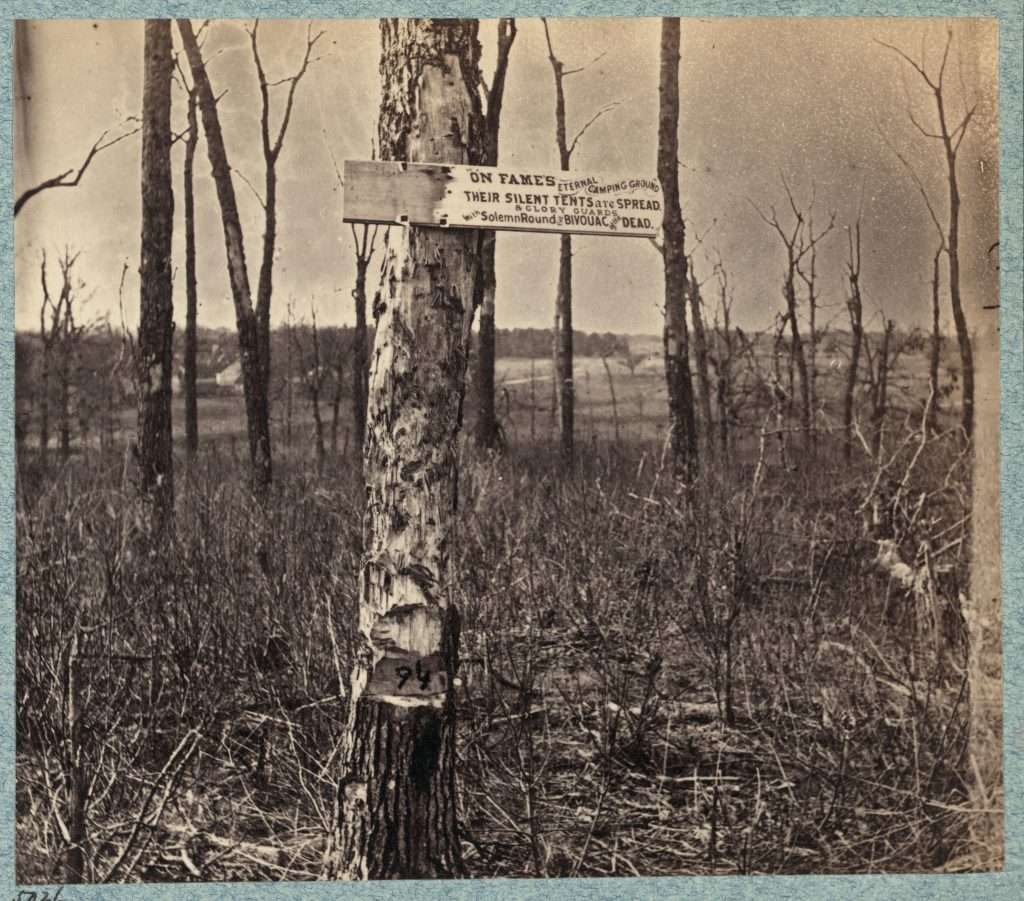 Shattered and burnt trees show the effects of battle on the Wilderness in this photograph, likely taken in 1864 or later by associates of Mathew Brady. A wooden sign, nailed to the tree, reads: "On fame's eternal camping ground, their silent tents are spread. & glory guards with solemn round the bivouac of the dead."

The words are from the poem "Bivouac of the Dead" by Theodore O'Hara. A Mexican War veteran, O'Hara penned the verse in 1847 to honor his fellow Kentuckians who had died, and the poem became popular again after the Civil War. These same lines, for instance, can be found at the entrance to Arlington National Cemetery.

The Wilderness was a twelve-mile-wide, densely forested tract of land just west of Fredericksburg and the site of two major Civil War battles. In 1863, Robert E. Lee defeated Union general Joseph Hooker near the crossroads of Chancellorsville, and a year later, Lee and Ulysses S. Grant fought to a draw in almost exactly the same place.