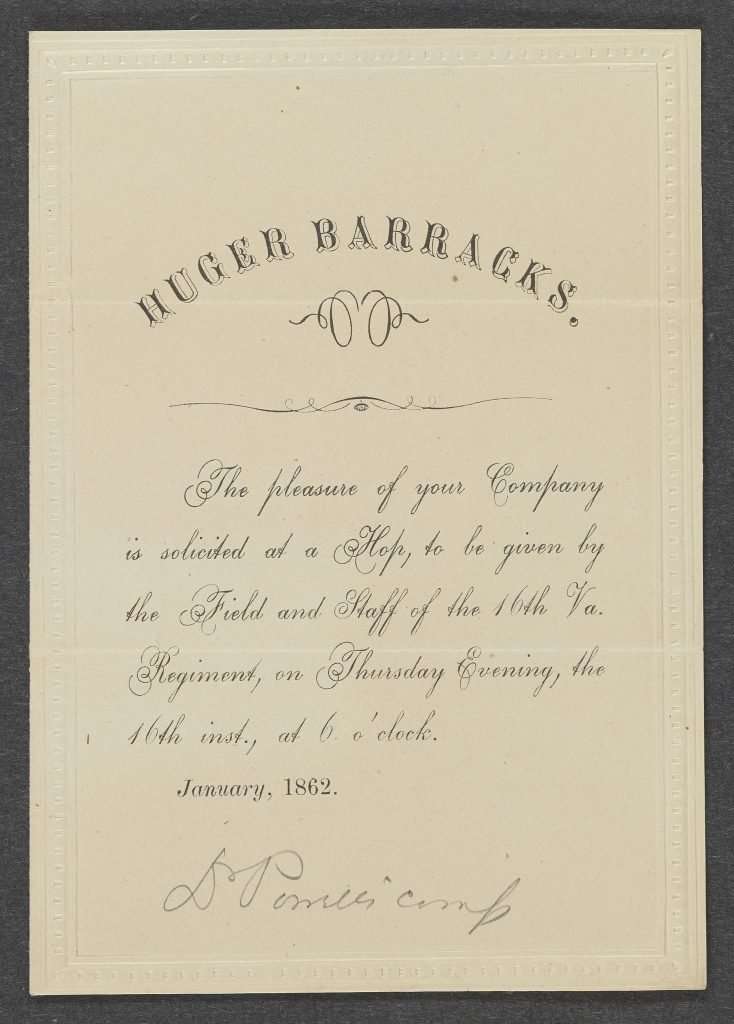 This is an invitation to a "hop" being given by the 16th Virginia Regiment on the evening of January 16, 1862. Hetty Cary, an unmarried daughter of Wilson Miles Cary of Carysbrook plantation in Fluvanna County, received this invitation. In January 1865 she married Confederate general John Pegram; he was killed in battle less than three weeks later.