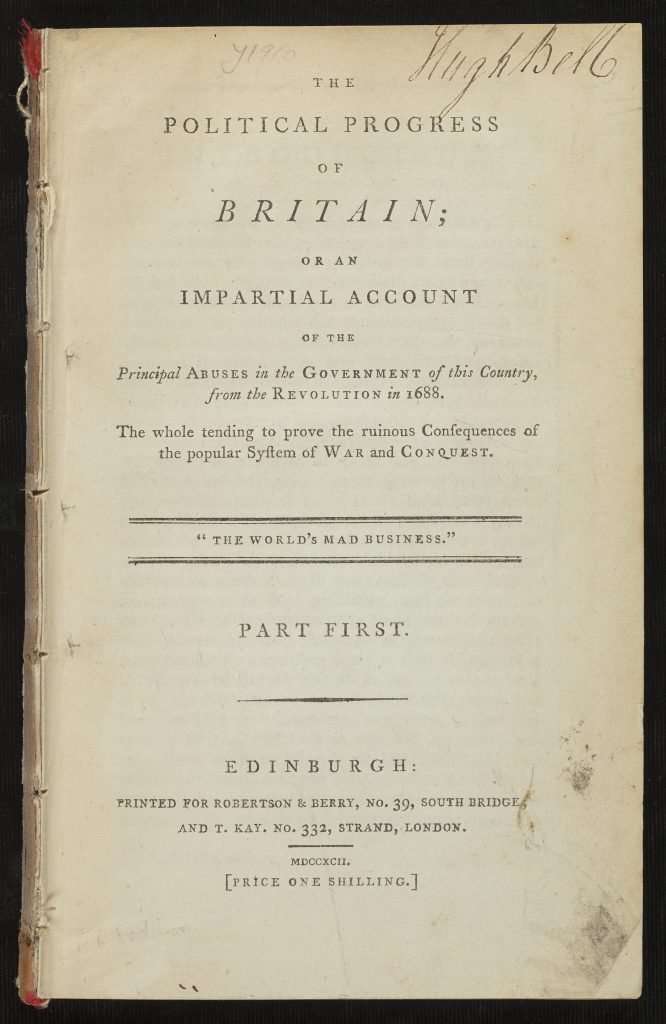 This is the title page of The Political Progress of Britain (Part First) (1792), a pamphlet critical of Great Britain's government written by James Thomson Callender, a Scottish-born journalist. Not long after publication, a warrant was issued for Callender's arrest.

Citation: The Political Progress of Britain; or an Impartial Account of the Principal Abuses in the Government of this Country, from the Revolution in 1688. The whole tending to prove the ruinous Consequences of the popular System of War and Conquest. A 1792 . C35. Special Collections, University of Virginia, Charlottesville, Va.