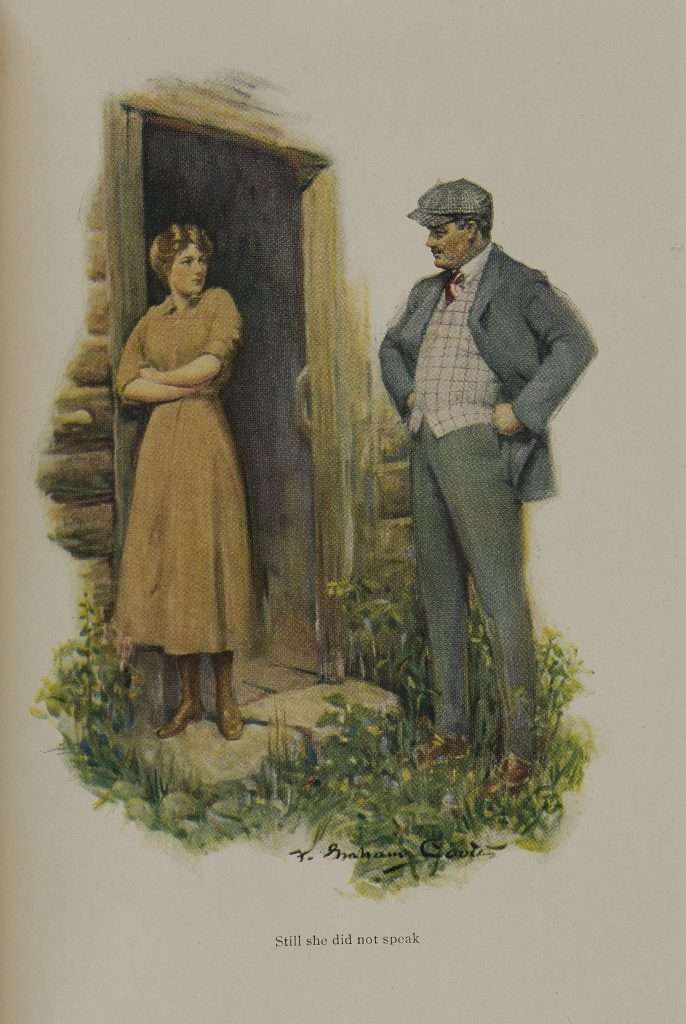 Still she did not speak

F. Graham Cootes's oil painting depicts a scene in Harold Bell Wright's novel The Eyes of the World (1914). Four of Cootes's paintings illustrate the novel, which was the best-selling book of 1914. Though largely forgotten today, Wright sold more than 1 million copies of his novels.

Citation: The Eyes of the World; A Novel. PS3545 .R45 E92 1914a. Special Collections, University of Virginia, Charlottesville, Va.