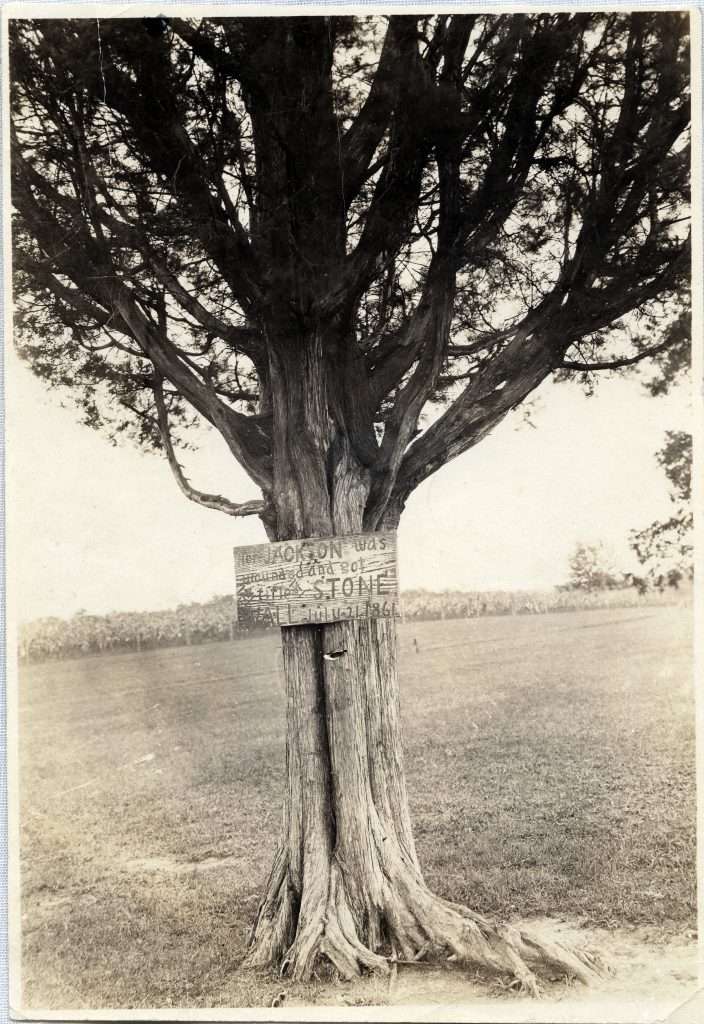 A wooden plaque is attached to a tree on the battlefield where the First Battle of Manassas (also known as Bull Run) was fought. The handwritten sign reads: "Here JACKSON was wounded and got the title STONE WALL July 21, 1861." During the fighting that day Confederate general Thomas J. Jackson's brigade took heavy cannon fire, and the general himself suffered a hand wound but refused to leave the field for medical assistance. Union troops initially managed to push back the Confederate forces, but Jackson and his men dug in and held their position on a hill overlooking Bull Run creek until reinforcements could arrive and organize a counter-attack. Fellow Confederate general Barnard E. Bee, who was commanding a nearby brigade, is said to have cried out: "There is Jackson standing like a stone wall! Rally behind the Virginians!" Thus was born "Stonewall" Jackson, one of the most famous nicknames in American history. General Bee, who made the memorable exclamation, was wounded during the battle and died the next day.