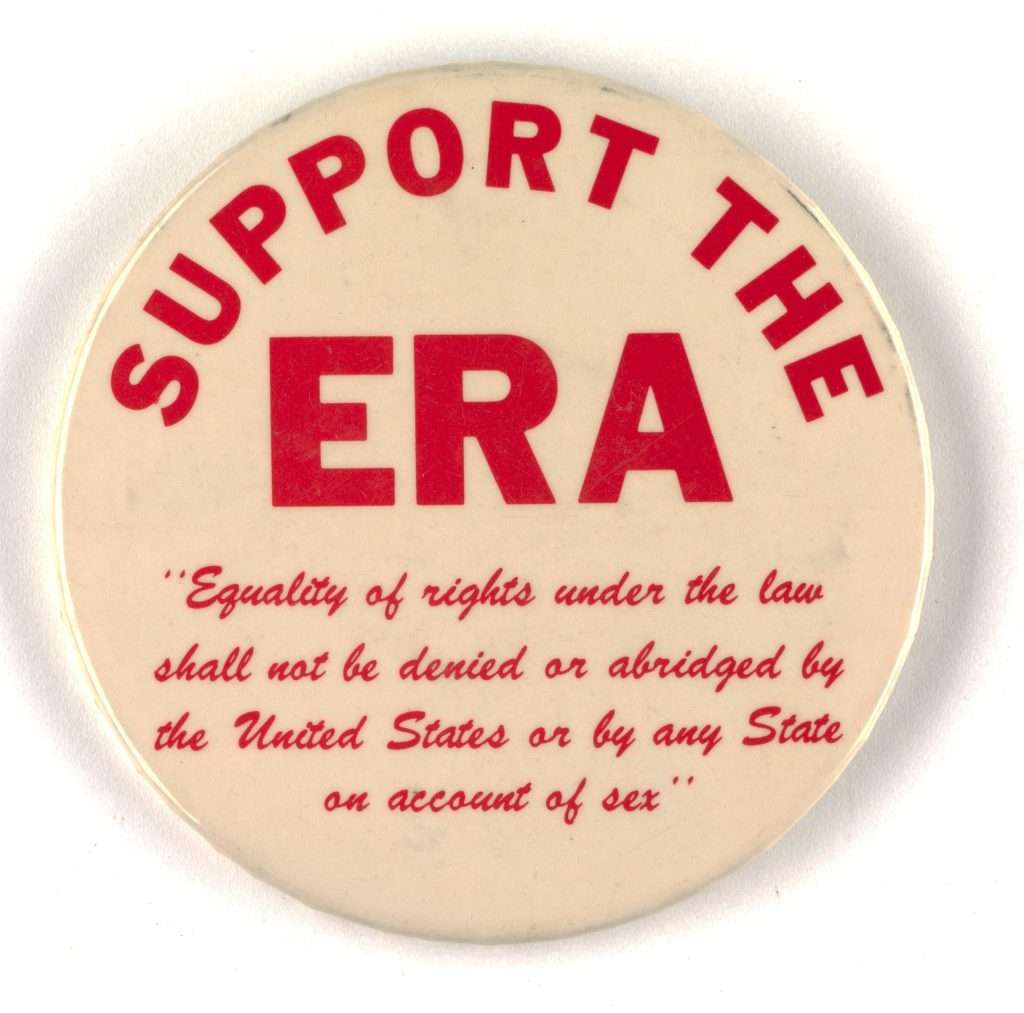 A political button from late in the twentieth century expresses support for the ratification of the proposed Equal Rights Amendment to the U.S. Constitution, which would have forbidden the denial or abridgement of legal rights "by the United States or by any State on account of sex." The ERA passed the U.S. Congress in 1972 and was sent to the states for ratification. It failed to win approval in thirty-eight states, the number required for ratification. Virginia is among the states that have repeatedly failed to ratify the amendment.