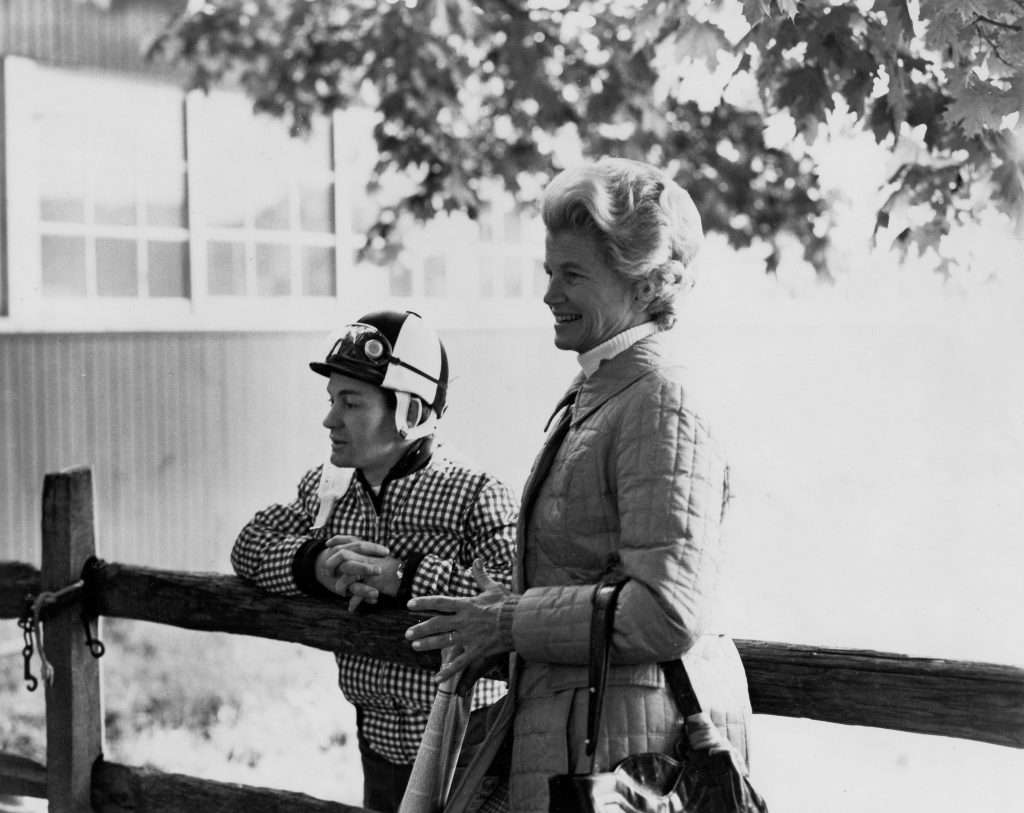 Secretariat was foaled at Christopher Chenery's Meadow Stable, near Doswell, Virginia. He was bred and owned by Chenery's daughter, Penny Tweedy (at right), trained by Lucien Laurin, and ridden by Ron Turcotte (at left). As a two-year-old, Secretariat won several notable stakes races, which earned him Horse of the Year honors and established him as odds-on favorite to win the Triple Crown, which he subsequently did.