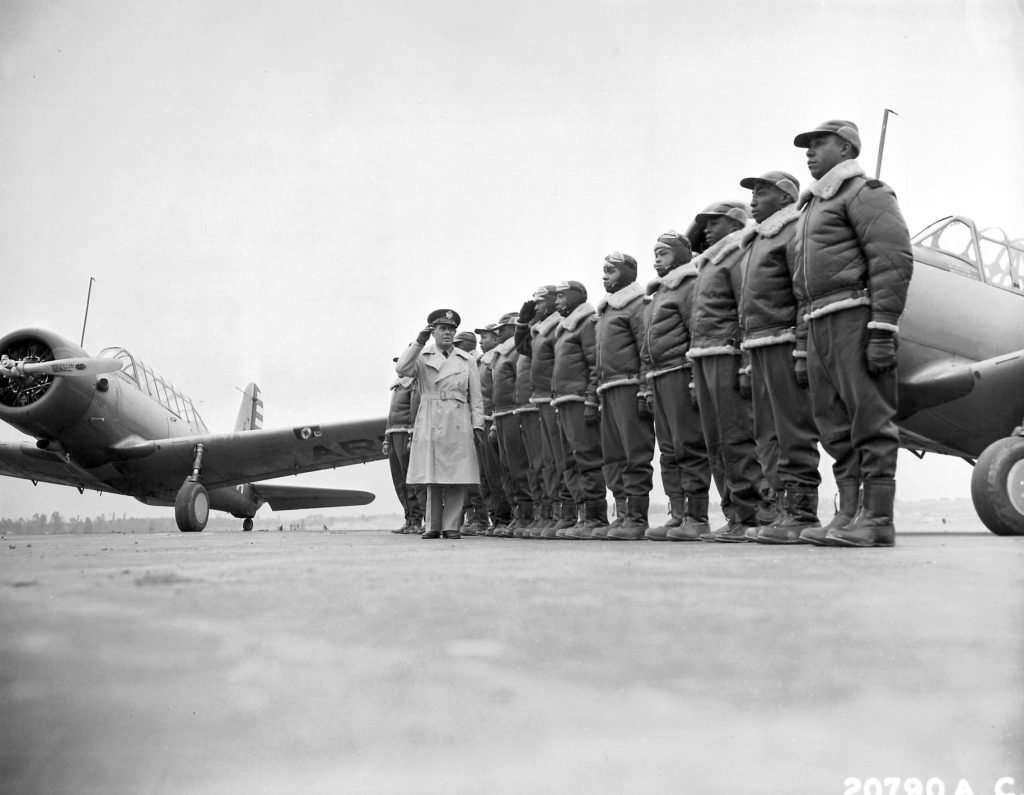 Major James A. Ellison reviews the first class of Tuskegee air cadets at the Tuskegee Army Air Base in Alabama in 1941. The African American pilots and ancillary personnel who formed the 332nd Fighter Group and the 477th Medium Bombardment Group during World War II are commonly referred to as the Tuskegee Airmen. In the background of this photograph are two Vultee BT-13 Valiants, the basic trainer aircraft used during World War II.