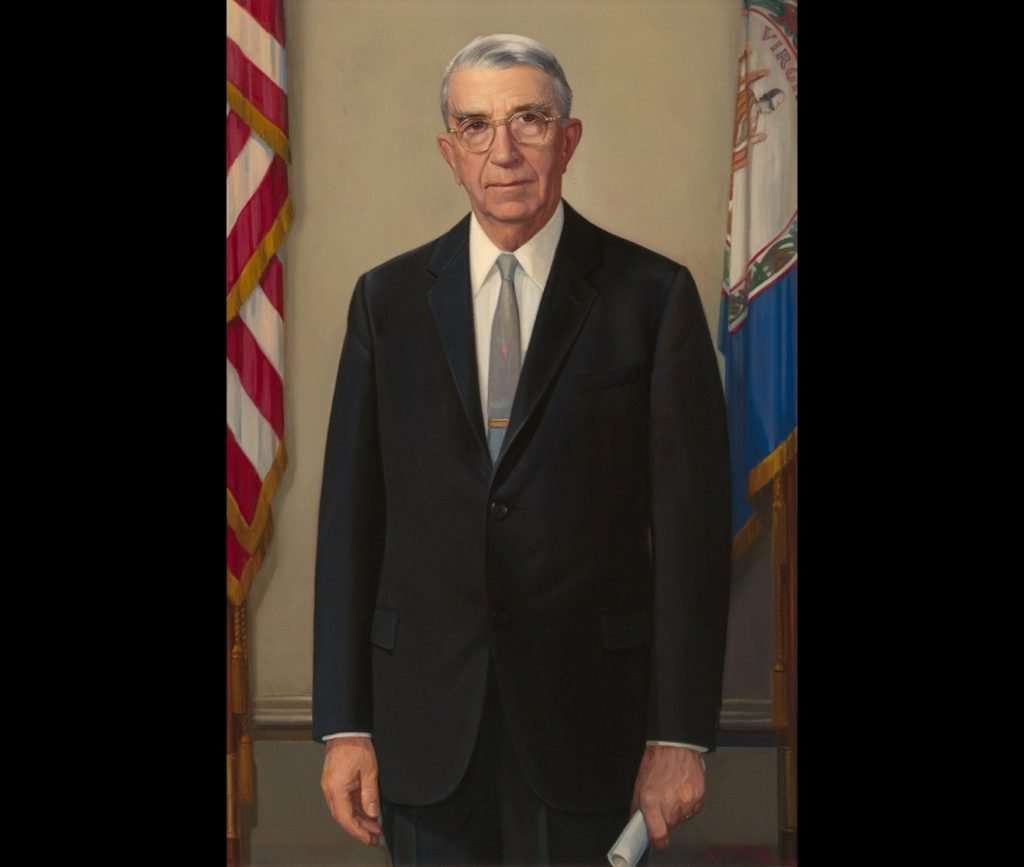 Howard W. Smith, the powerful chair of the Committee on Rules in the U.S. House of Representatives, stands for a portrait by Texas artist Victor Lallier in 1961. A Democrat from Alexandria, Smith served in the House from 1931 until 1967. This portrait hung in the committee's hearing room, which has limited space for the display of images, until the 1990s, when a controversy over Smith's role in impeding civil rights legislation led to its removal.