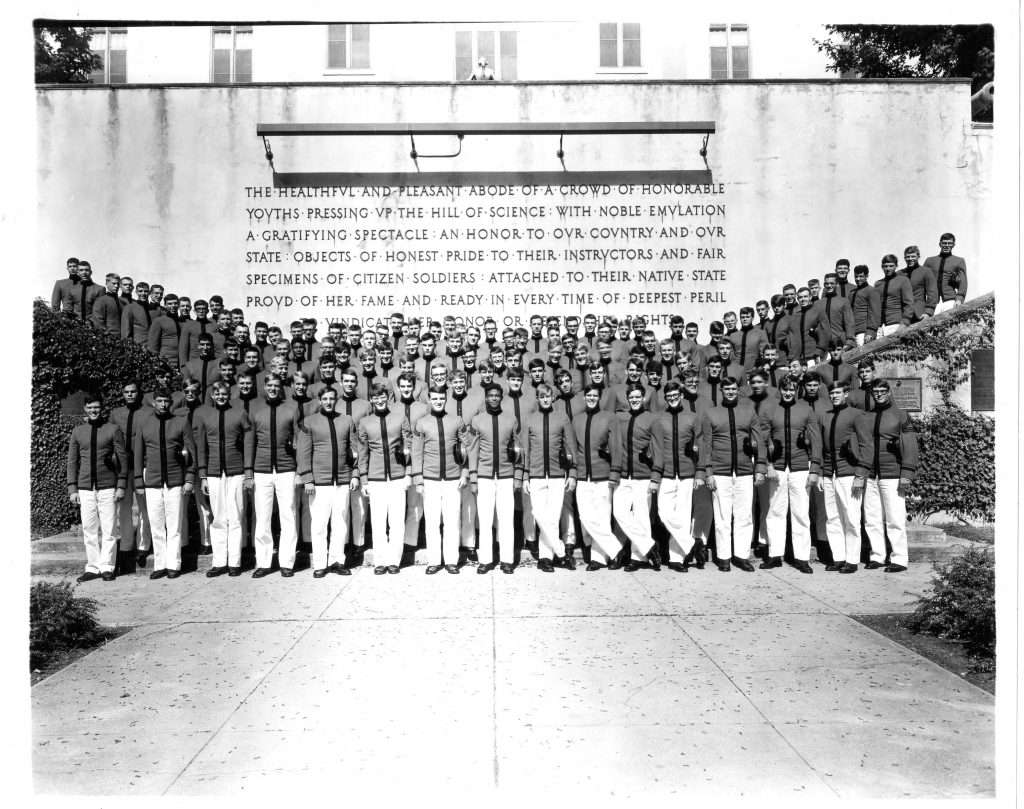 Desegregation at the Virginia Military Institute (Circa 1972)

Philip Wilkerson Jr., center front, stands amid a sea of white faces. One of five black students admitted to the Virginia Military Institute in 1968, Wilkerson became commander of F Company, shown here. Unlike earlier Virginia institutions of higher education when they began to desegregate, VMI immediately integrated its first African American students into all phases of school life, allowing them to live in the barracks, play sports, and achieve leadership positions like the one that Wilkerson held.