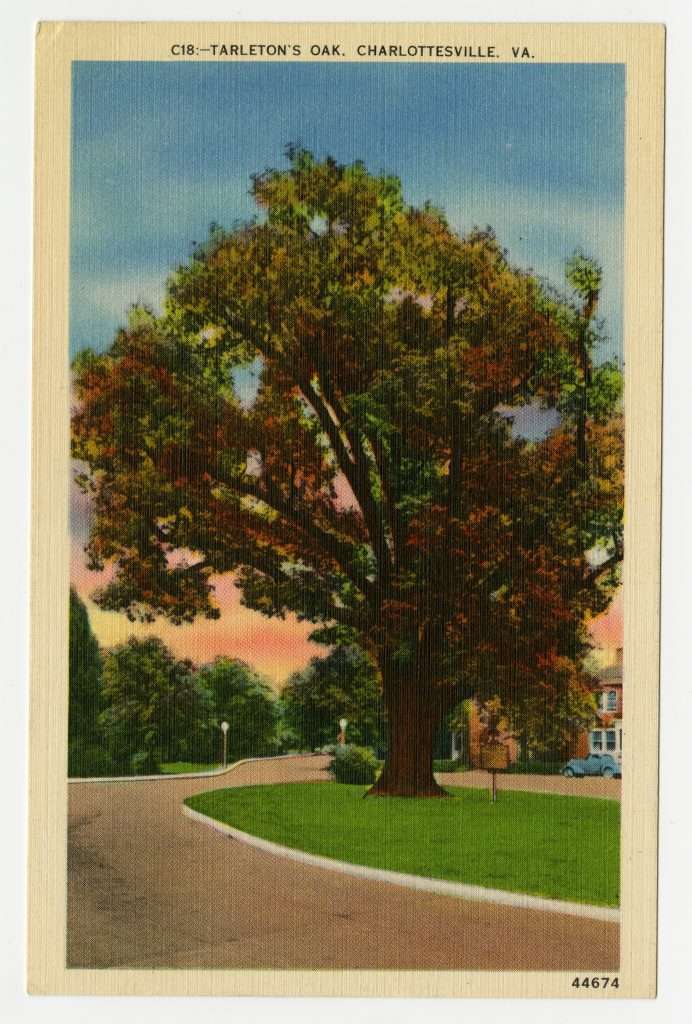 A twentieth-century color postcard depicts the tree in Charlottesville, now gone, that was known as "Tarleton's Oak." According to tradition, British lieutenant colonel Banastre Tarleton camped under this tree when he was in pursuit of Governor Thomas Jefferson. Tarleton came to Charlottesville on the night of June 3–4, 1781.