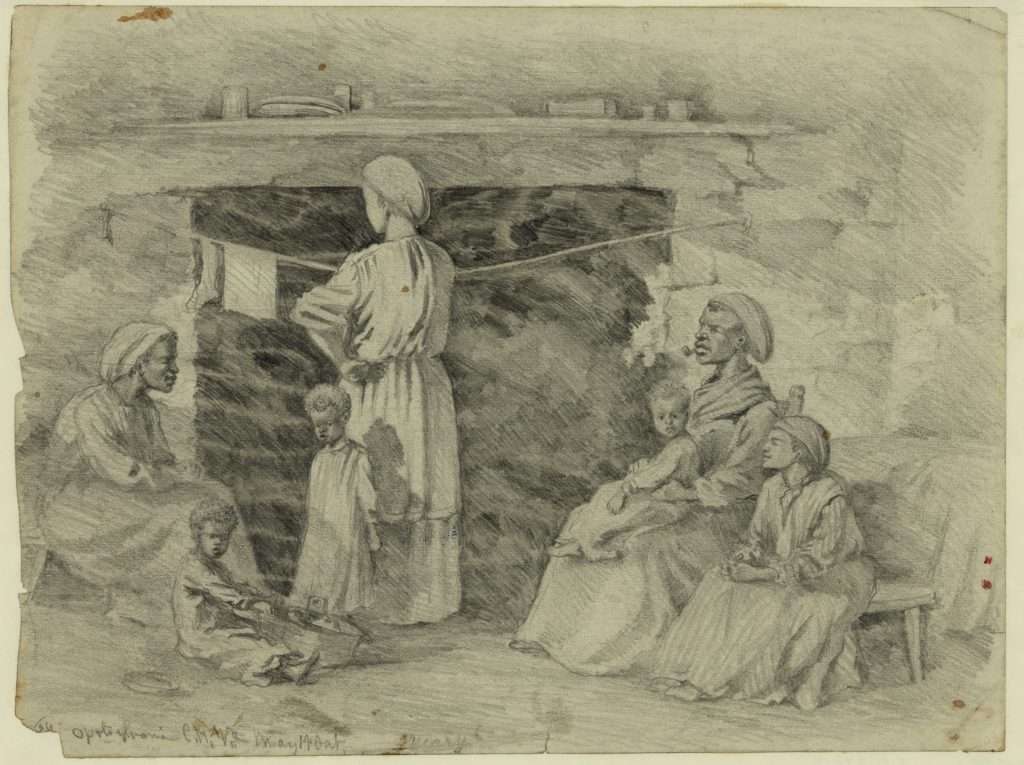 An 1864 pencil drawing by Union artist Edwin A. Forbes shows a group of African American women and children drying laundry in their cabin in Spotsylvania Court House, Virginia. At age twenty-two Forbes joined the staff of Frank Leslie's Illustrated Newspaper as a sketch artist to cover the events of the Civil War. His illustrations captured battles as well as the daily life of soldiers; he also produced some images of African Americans during the war. In 1890 Forbes published a memoir, entitled An Artist's Story of the Great War, in which he used this image and, in the text, described slave cabins he had seen in the South: "Many of them were divided into two rooms, while others had but one, which served the purposes of sleeping, cooking and eating. The furniture was rude and scanty, consisting only of one or two benches, an old arm-chair and a bed … " Forbes continued to draw on his wartime sketches to produce paintings and etchings in his later career.