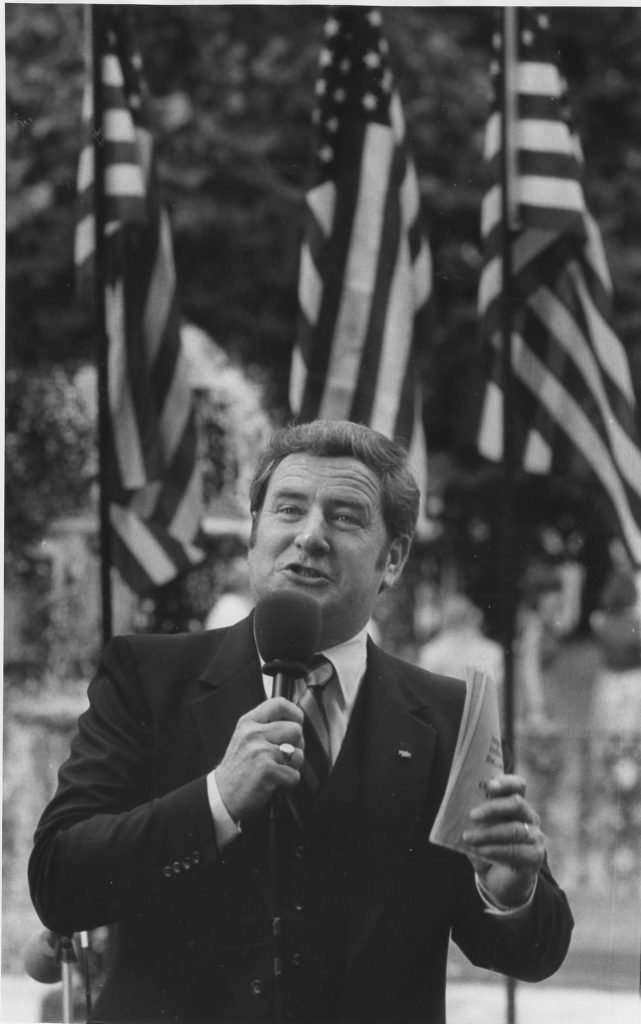 The Reverend Jerry Falwell, surrounded by American flags, speaks at an "I Love America" rally in Richmond, Virginia. Beginning late in the 1970s, Falwell, a prominent figure in the American political and religious landscape, employed his "I Love America" rallies as a means to unite conservative Christians around social and moral issues. Reacting to what he perceived to be a decay in the moral fabric of the United States, Falwell galvanized a political movement that emphasized a commitment to a so-called pro-family agenda and fought against the state-sanctioned separation of church and state. In 1979 Falwell formally founded the Moral Majority, the face of the Christian Right movement in America.