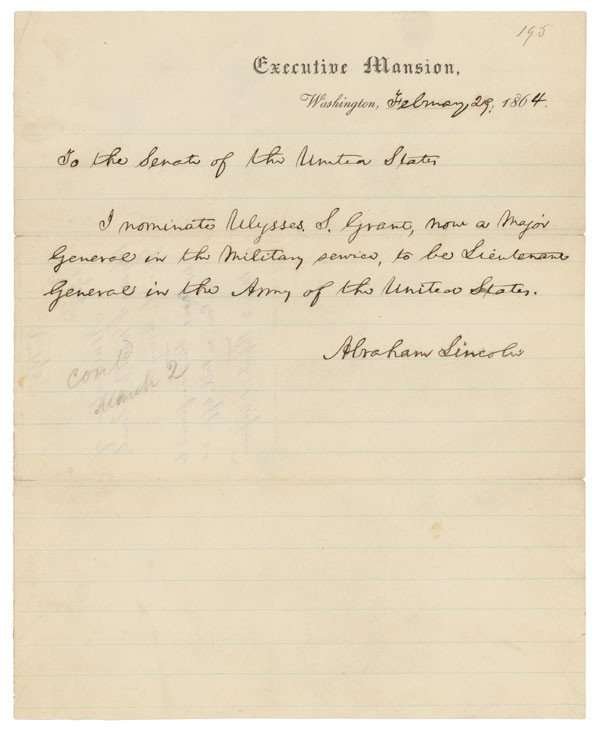 On February 29, 1864, U.S. president Abraham Lincoln sent this handwritten note to the United States Senate nominating Ulysses S. Grant to the rank of lieutenant general, making him the ranking officer of all Union armies. A bill had been introduced in Congress two months earlier allowing the president "to appoint, by and with the advice and consent of the senate, a lieutenant-general, to be selected among those officers in the military service of the United States, not below the grade of major general, most distinguished for courage, skill, and ability … " Lieutenant General—the highest rank in the United States Army—was a position held previously only by George Washington and Winfield Scott, and Scott's was a brevet (or honorary) appointment. Lincoln's nomination of Grant, who had recently gained national attention with victories at Vicksburg in May 1863, and at Chattanooga in November 1863, was approved within two days.