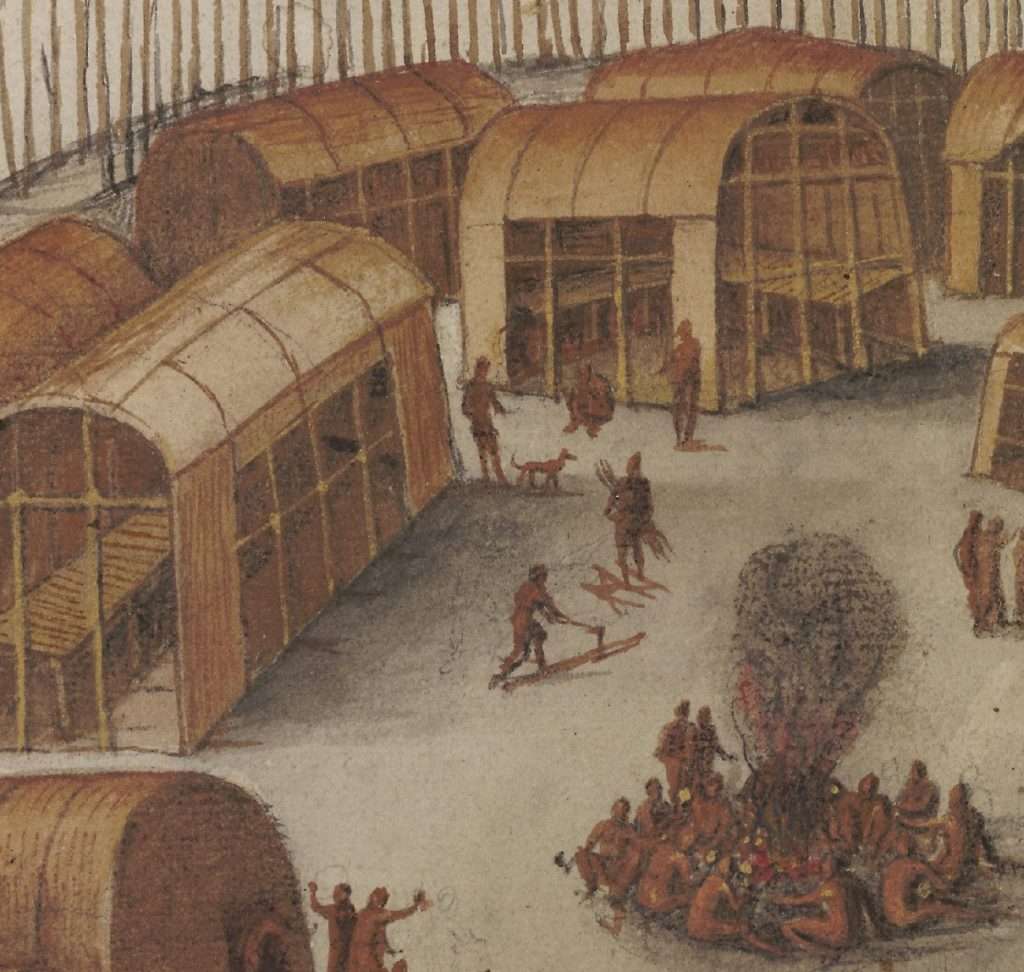 A domesticated dog can be seen near the central fire in the Indian town of Pomeiooc in this detail from a 1585 watercolor painting by John White. The English artist created the image when he accompanied a failed colonizing expedition to Roanoke Island in present-day North Carolina. White produced a series of images of the Indians he encountered in the Outer Banks region; their language and culture were closely related to that of the Powhatan Indians of Tidewater Virginia, making White's paintings a valuable source of information about both groups. This painting, taken together with written descriptions by English colonists and archaeological finds, offers convincing evidence that the Indians bred dogs. The small animal shown here is the type of animal kept by the Indians before they interbred them with the large hunting dogs favored by the English.