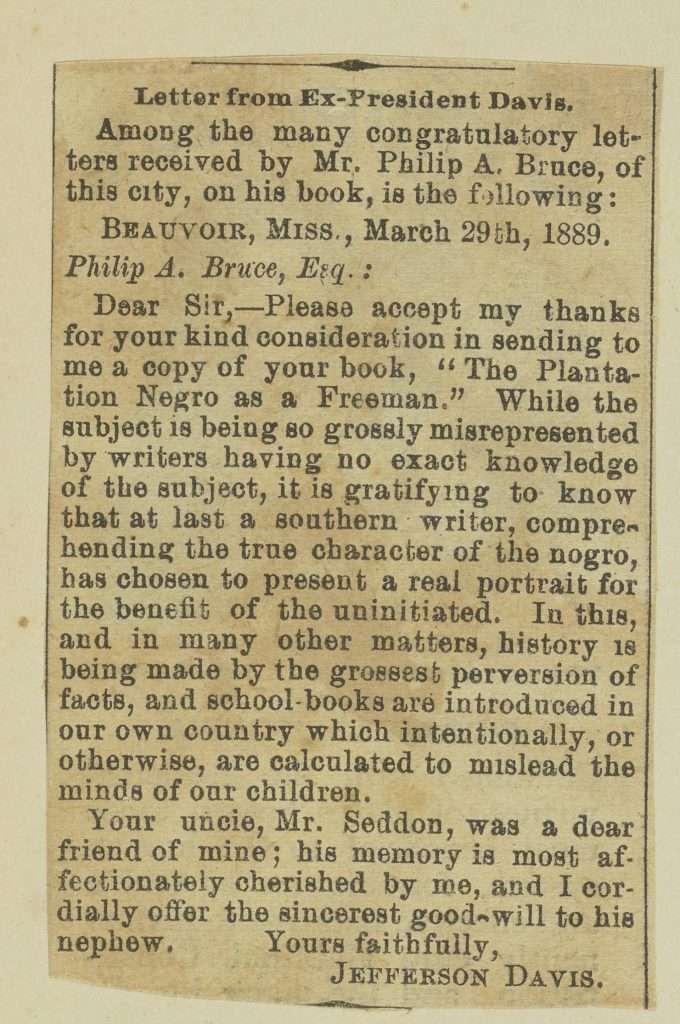 This detail from a scrapbook page compiled by Sarah Alexander Seddon Bruce of Staunton Hill shows a letter that the former Confederate president Jefferson Davis sent to her son, Philip Alexander Bruce, after he published his first book, The Plantation Negro as a Freeman: Observations on His Character, Condition, and Prospects in Virginia (1889). The author had sent a copy of his book to Davis, who was living in Mississippi. The volume reflected the thinking of many white southerners who then regarded African Americans as a socially and intellectually inferior laboring class—a viewpoint endorsed by Davis in this letter, which was reproduced in a Richmond newspaper. "It is gratifying to know that at last a southern writer, comprehending the true character of the nogro [sic], has chosen to present a real portrait for the benefit of the uninitiated," Davis wrote. "While the subject is being so grossly misrepresented by writers having no exact knowledge of the subject … history is being made by the grossest perversion of the facts, and school-books are introduced in our own country which intentionally, or otherwise, are calculated to mislead the minds of our children."