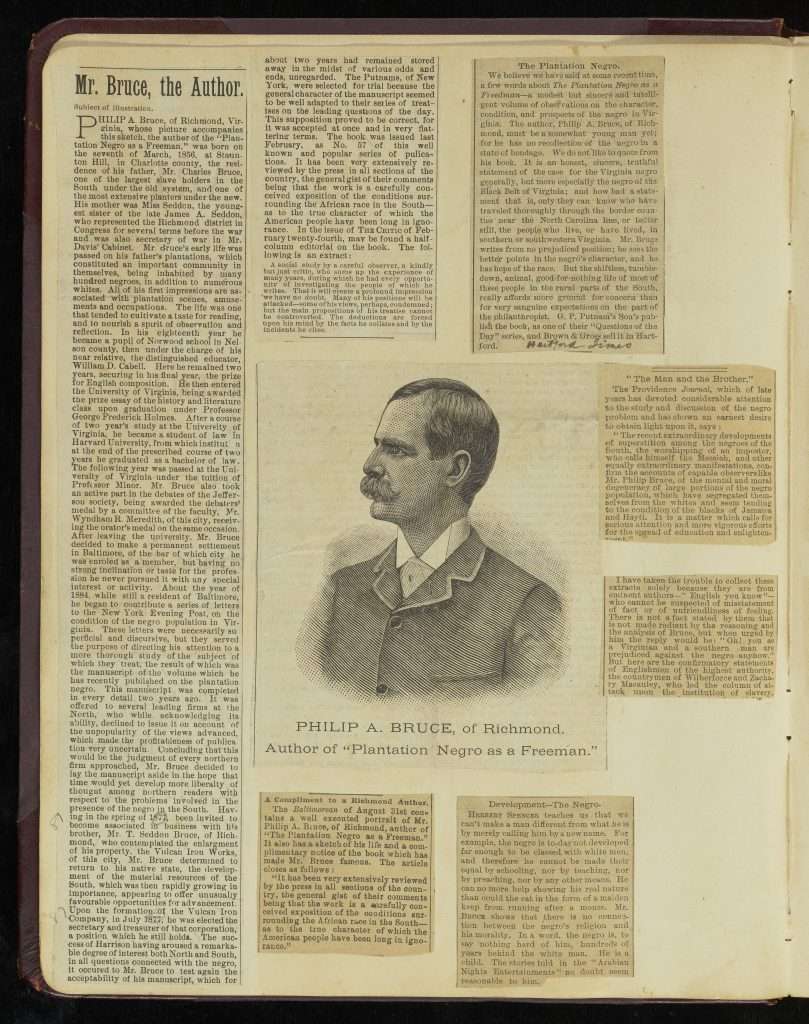 A page from a personal scrapbook compiled by Sarah Alexander Seddon Bruce of Staunton Hill includes newspaper clippings about her son, Philip Alexander Bruce, after he published his first book, The Plantation Negro as a Freeman: Observations on His Character, Condition, and Prospects in Virginia (1889). The volume reflected the thinking of many white southerners who then regarded African Americans as a socially and intellectually inferior laboring class. Positive reviews of the book are pasted on the page, though the Hartford Times does offer one caveat: "The author, Philip A. Bruce, of Richmond, must be a young man yet; for he has no recollection of the negro in a state of bondage." A biographical sketch on the left side of the page identifies the author's father, Charles Bruce, as "one of the largest slave holders in the South under the old system, and one of the most extensive planters of the new."