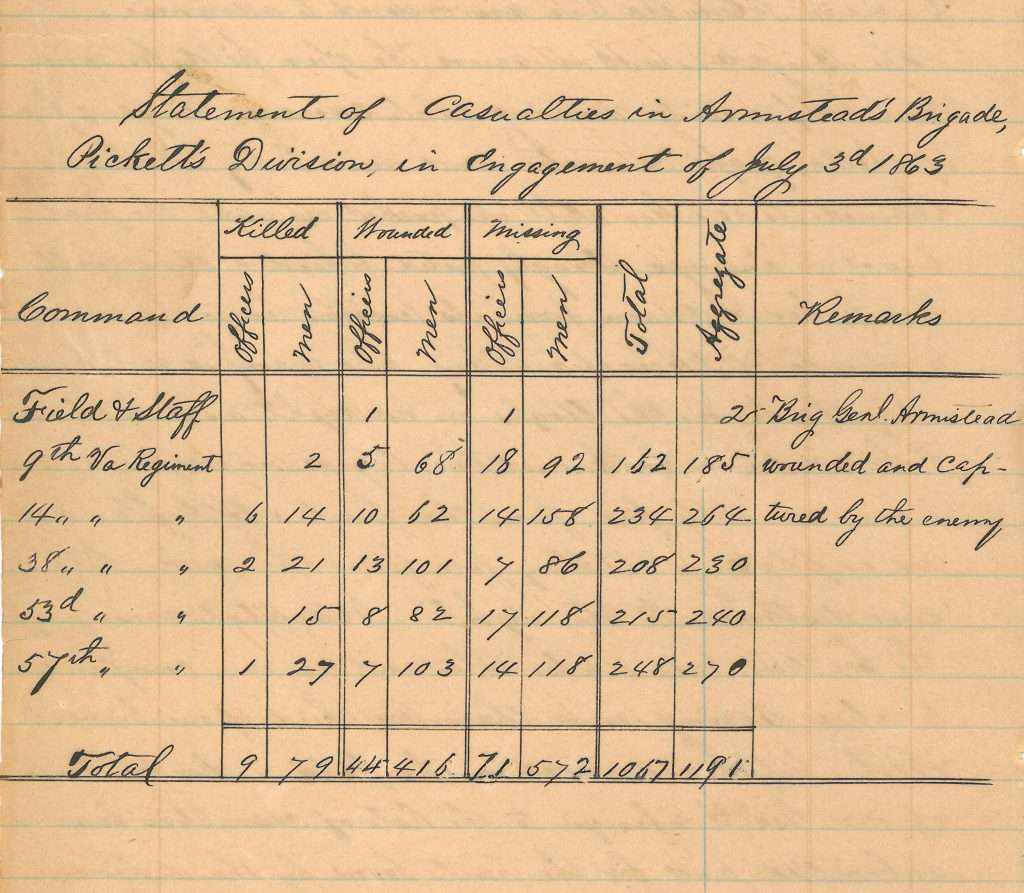 This detail from a July 12, 1863, report by Confederate colonel W. R. Aylett charts the casualties (the number of killed, wounded, or missing) suffered by Armistead's Brigade on July 3, 1863, during the Battle of Gettysburg. On that day, Armistead's Brigade—consisting of the 9th, 14th, 38th, 53rd, and 57th Virginia Infantry—took part in the climax of the battle, an infantry attack known as Pickett's Charge. The chart here states that there were 1,191 casualties in the brigade. In addition, General Lewis A. Armistead, the commander of the brigade—listed here as "wounded and captured by the enemy"—died two days after the battle.

In the main body of the report, Aylett—who also was wounded that day—recounted how the brigade moved "across the open field for more than half a mile" under heavy artillery fire "which rapidly thinned its ranks." Still, Armistead's men reached the Union defenders, who were crouched behind a stone wall. After enduring "severe musketry fire" and bursts of artillery, the men in Armistead's Brigade "were compelled to retire leaving more than two thirds of our bravest & best, killed or wounded on the field."

Colonel Aylett made special mention of Armistead. "Conspicuous to all, fifty yards in advance of his Brigade waving his hat upon his sword he led his men upon the enemy with a steady bearing which inspired all breasts with enthusiasm and courage and won the admiration of every beholder," Aylett wrote. "Far in advance of all he led the attack till he scaled the works of the enemy and fell wounded in their hands but not until he had … seen his colors planted over their fortifications."