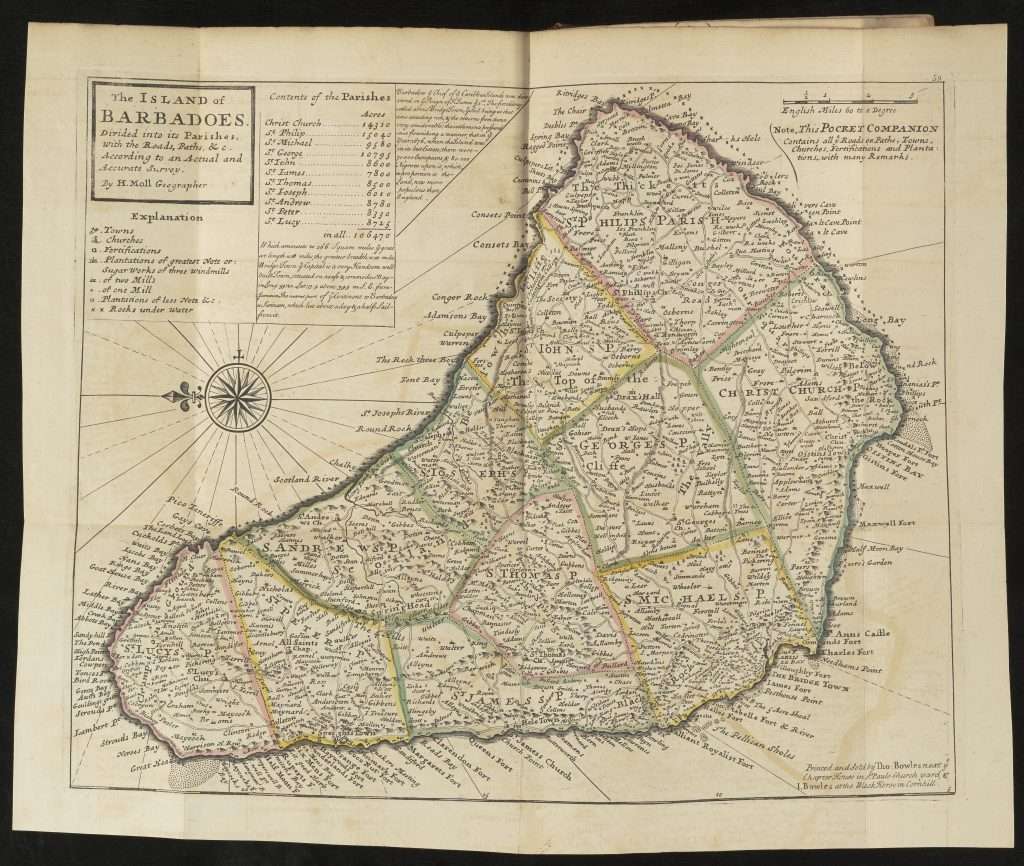 The Island of Barbadoes.

The London cartographer Herman Moll produced this map of the Caribbean island of Barbados in 1732, basing it on "an Actual and Accurate Survey." The map includes the roads and paths on the island, as well as the locations of the towns, churches, fortifications, plantations, and dangerous rocks along the coastline. The key to those specific locations is at top left; next to the key is a list of the islands parishes—which were both religious and governmental entities—the acreage in each parish, and the combined total of 106,470 acres. A brief history of the island borders the map at top left:

Barbadoes ye Chief of ye Caribbee Islands was discovered in ye Reign of K[ing] James ye 1st., The first Colony settled about Bridge Town, ye Soil being at that time exceeding rich, & the returns from thence very considerable; the settlements prospered in so flourishing a manner, that in ye Year 1676, when the Island was in its best Estate, there were—70.000 Europeans, & 80.000 Negroes upon it, which, in proportion to the Land, was more populous than England.

Citation: Atlas Minor: or A Set of Sixty-two New and Correct Maps, Of All the Parts of the World. A 1732 .M65.. Special Collections, University of Virginia, Charlottesville, Va.