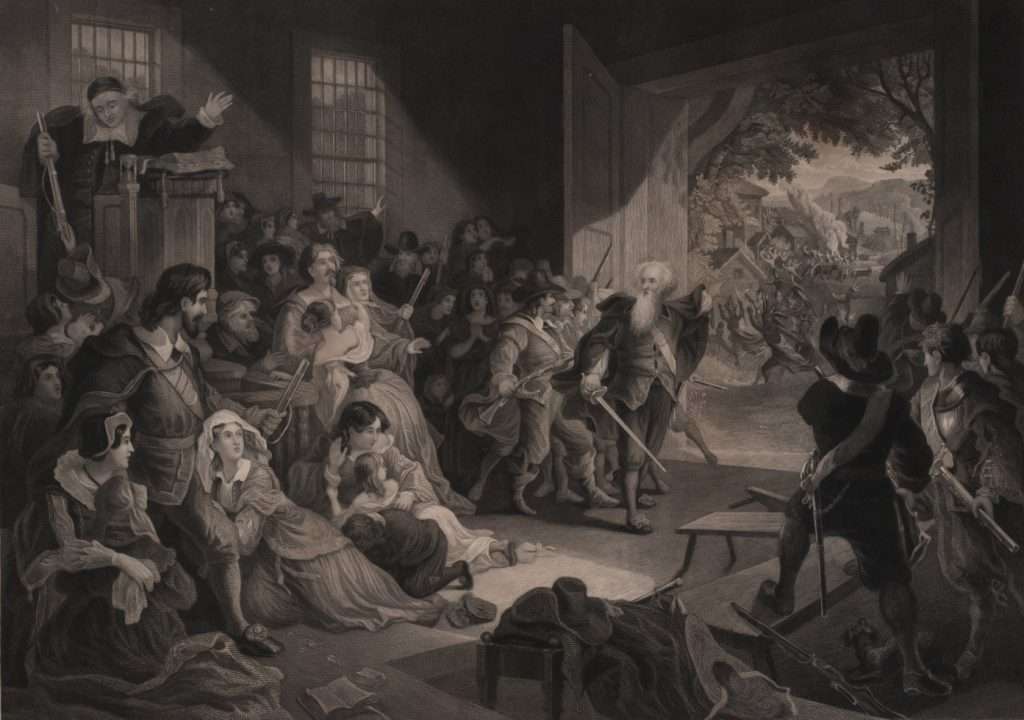 The Angel of Hadley

This engraving depicts a legendary event—which may or may not be true—concerning a 1675 Indian attack on Hadley, Massachusetts, during King Philip's War. William Goffe, the elderly bearded man at the center of the image, supposedly led the local colonists that day against the Indians. Goffe, an English major-general, was then hiding from English authorities, who wanted him for his role in the execution of Charles I. Disregarding his own personal safety, Goffe emerged from his hiding place to help defend Hadley. For his heroism in the battle he was dubbed the "Angel of Hadley." This is an engraved version of an oil painting that hangs in the Forbes Library in Northampton, Massachusetts.