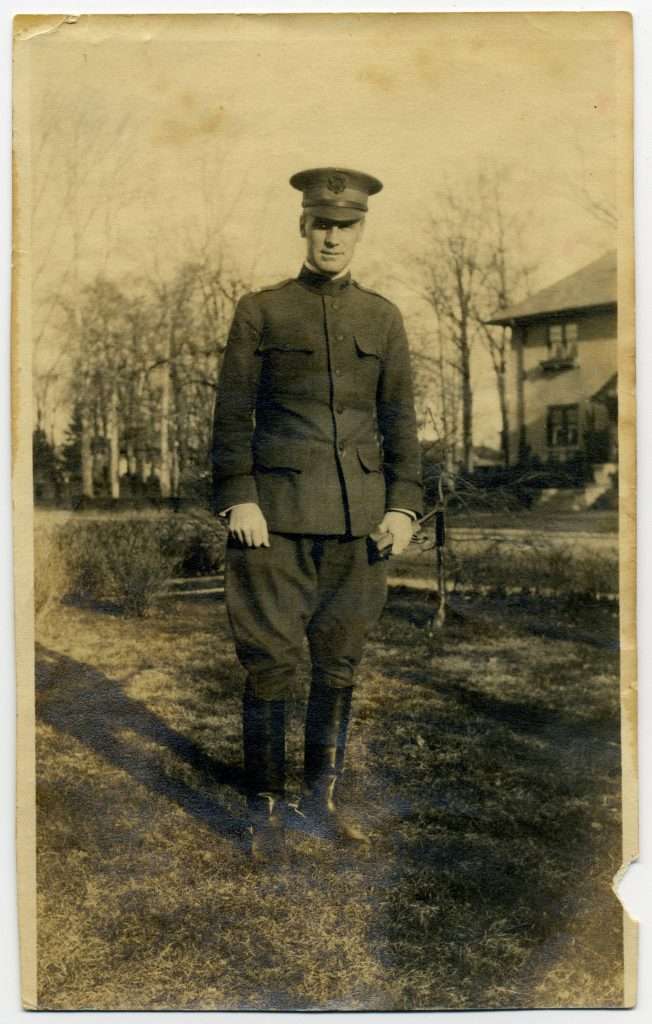 Armistead M. Dobie poses in his officer's uniform during Wolrd War I. Dobie was commissioned a captain in the reserves in August 1917, and, after the war ended, was discharged as a major on June 6, 1919. This photograph is included in the Dobie papers housed in the Arthur J. Morris Law Library at the University of Virginia School of Law.