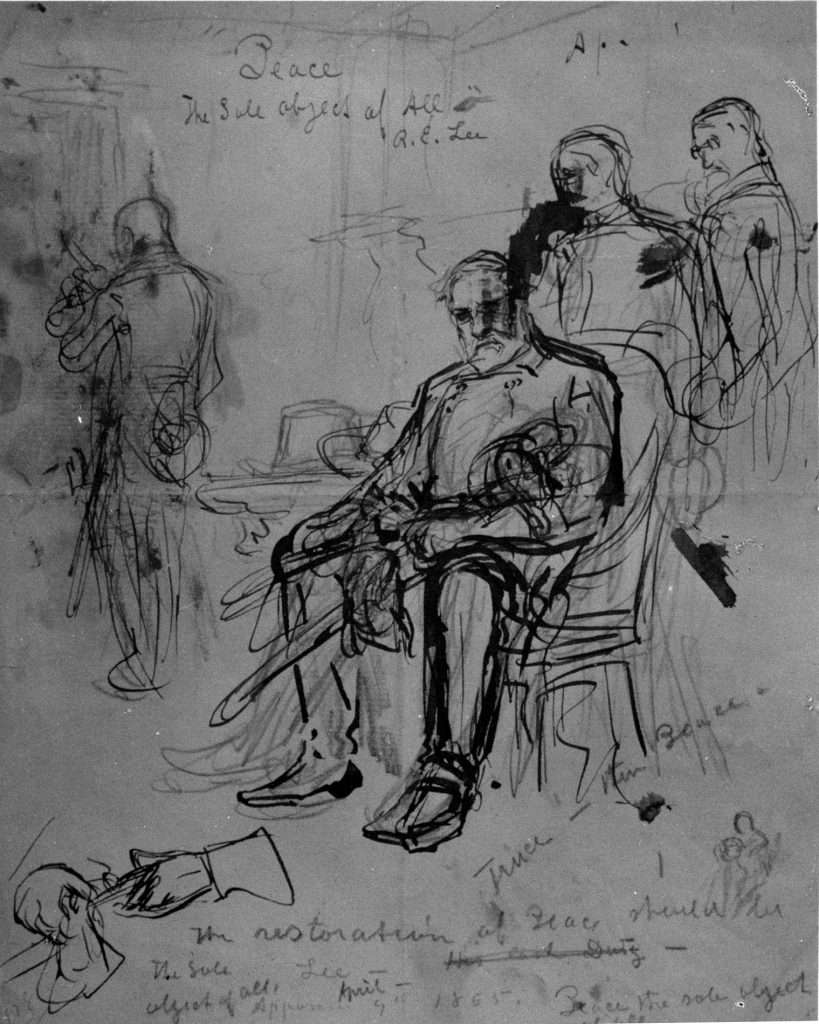 Confederate general Robert E. Lee slumps in a chair looking dejected as he awaits the arrival of Union general-in-chief Ulysses S. Grant on April 9, 1865. The two met at the home of Wilmer McLean near Appomattox Court House, Virginia, to settle on the terms of Lee's surrender of the Army of Northern Virginia.

The artist, Thomas Nast, completed the sketch in 1895, on the surrender's thirtieth anniversary and twenty-five years after Lee's death. His notes litter the drawing and include a quotation from Lee ("Peace—the sole object of all") and a separate sketch of Lee's gloves around his dress sword.

In an effort to make the details historically accurate, Nast interviewed Charles Marshall, Lee's aide-de-camp and the one who had chosen McLean's home for the surrender and who had drafted Lee's acceptance of Grant's terms. "There was no theatrical display about it," Marshall said after the surrender. "It was the simplest, plainest, and most thoroughly devoid of any attempt at effect, that you can imagine."

Nast was born in Germany and worked for Harper's Weekly from 1859 until 1860, and from 1862 until 1886. He is best known for his political cartoons and caricatures, which during the Civil War promoted the belief that the war was a noble one and its conclusion ordained by God. Nast originated the elephant and donkey as representations of the Republican and Democratic parties and was the first to draw Santa Claus fat and bearded.