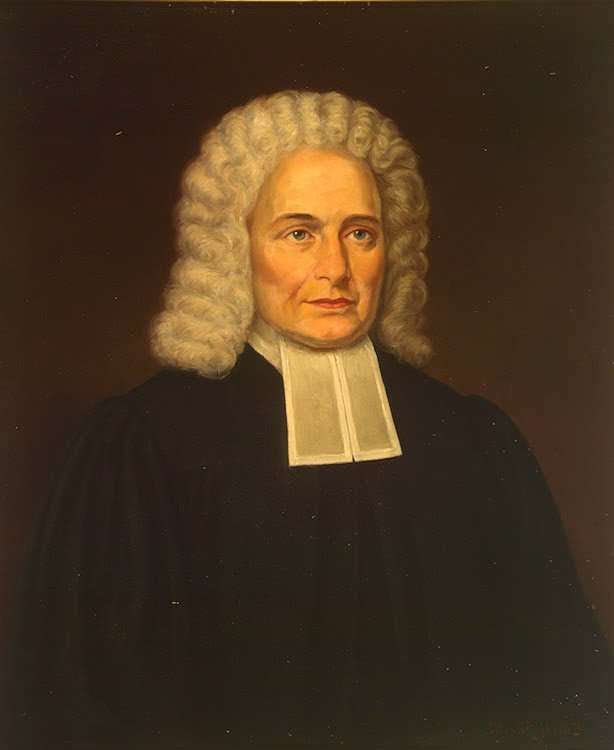 An oil portrait depicts Samuel Davies, an evangelical Presbyterian pastor and educator who lived and worked in Hanover County from 1748 to 1759. Davies played a critical role in the early years of the Great Awakening, the series of religious revivals that would eventually lead to the disestablishment of the Church of England as America's official church.